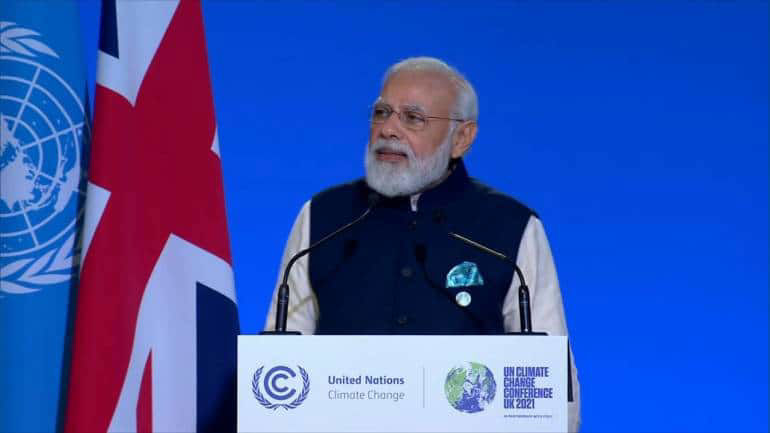 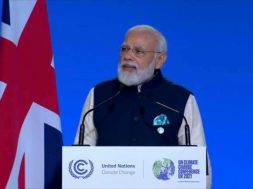 The Indian government has expressed an ambition to nearly quadruple its economy from around $2.75 trillion today to about $10 trillion by 2030

New Delhi : Speaking at the 26th Conference of Parties (COP26) at Glasgow recently, Prime Minister Narendra Modi made very generous commitments on what India would do to save the planet from the perils of climate change.

He committed to installing nonfossil fuel electricity generation capacity of 500 GW, sourcing 50 per cent of India’s energy requirement from renewables, reducing 1 billion tonnes of projected emissions (from current emissions), achieving carbon intensity reduction of 40 per cent over 2005 levels, all by 2030, and most importantly, achieving net-zero by 2070. India has not been responsible for creating the problems of climate change and has very pressing growth imperatives today. Its per capita income is low, urbanization is taking place rapidly and demands for energy are growing simultaneously.

The Indian government has expressed an ambition to nearly quadruple its economy from around $2.75 trillion today to about $10 trillion by 2030. Enabling this growth will itself be a herculean task, but doing so with the constraints of our climate commitments will need a transformation across many sectors. Actions have to make sure that the transition is equitable and ‘just’. Given this perspective, Mr Modi’s commitments have been generous.

While the western world is rife with criticism as anticipated, experts with balanced views recognized that India has gone more than halfway to do its bit towards saving our planet. Mr Modi rightfully called out the failure of developed nations to deliver on their commitments to finance the needed actions. He urged them to raise the climate finance target from $100 billion to $1 trillion, given the magnitude of the investments needed and the importance of the actions to be taken. This again was a fair call to the developed world, though past trends do not instil confidence that these funds would be made available.

As for the implementation of India’s commitments, 2070 may seem a long way off, but actions have to begin now. Major transformations will be needed in many spheres. Cities will have to take multiple, and coordinated, actions to reduce carbon emissions. Buildings must be designed to use less energy. Large manufacturing companies, and their associated supply chains, must scale up the use of clean energy and become energy efficient. Farming must start adopting more sustainable practices with a more optimal use of natural resources. Energy sources must move away from fossil fuels towards electricity from non-polluting sources. Transport systems must move away from personal motor-vehicles towards public transport and non-motorized modes. Intercity travel must move towards rail or waterways, instead of road or air. Freight systems must increasingly move towards electrified rail and marine systems rather than roadbased trucking. Hydrogen fuels need to be developed and commercialized.

These actions would not be easy and would need thousands of champions across the country to lead them. At least three different capabilities will be needed. One, political leaders and mid-career practitioners, working in different organizations, who understand climate issues and have the ability to design, develop and implement climate solutions on the ground – be they elected representatives in urban local bodies, Panchayati Raj institutions, city engineers, agricultural extension workers, transport system operators, architects, plant-level supervisors
Renewable renewable energy narendra modi India net zero cop26 climate change or a host of such ground level, action-oriented leaders. Two, a pool of persons with the right educational background and qualifications to work on climate-related solutions in different sectors – this is the category that educational institutes must churn out each year…Read More…