That’s the message being delivered by the world’s biggest energy companies at the World Gas Conference in Washington this week, where they championed natural gas as the fuel of the future, rather than one that simply bridges the gap toward renewables.

The world is facing the twin challenge of growing power supply — which Royal Dutch Shell Plc says needs to increase five times over the next 50 years — and reducing emissions to meet climate change targets. Energy companies see gas doing double duty: it has half the carbon emissions of coal when used in power generation, is abundant and relatively cheap.

The “big challenge for us in the industry is helping people recognize gas as a destination fuel, not just a transition fuel,” BP Plc Chief Executive Officer Bob Dudley said during a panel discussion. “There’s another camp, a surprising camp, that is intent on discrediting gas as an option.”

It’s an argument that’s difficult to win with policy makers and the public, many of whom say that fossil fuels, including gas production facilities, are causing climate change and should be phased out, especially with wind, solar and battery technology making great strides in recent years. For all its relative cleanliness, gas producers still leak methane, which can be a more potent greenhouse gas than carbon dioxide.

“Gas will not be a solution for poverty in a world where climate change is driving more people into poverty” if methane emissions continue, said Rachel Kyte, CEO & Special Representative of the UN Secretary-General Sustainable Energy for All. “Let’s not leave the room with the elephant still untouched.”

Energy companies recognize methane as the weak link in the argument that gas lowers emissions, and are participating in a number of technology-sharing and target-driven programs to address it.

“We face, because natural gas is part of fossil fuels, a sort of pushback from some groups,” said Patrick Pouyanne, CEO of Total SA. Fighting methane leaks “would be good for the whole industry to take that seriously if we want natural gas to find space for the future.”

Pouyanne criticized ConocoPhillips CEO Ryan Lance for not joining an industry coalition formed to fight methane leaks. “It’s important, we need to do it together,” he said. Lance responded by saying Conoco didn’t need to sign an agreement to fight something it had already been doing for a decade.

“I’m glad you’re reducing routine flaring Patrick because our company did a couple of years ago,” Lance said. “Hurry up and catch up.”

U.S. emission levels are down to levels not seen since 1990 while those in the U.K. are at the lowest since the late 19th century due to gas replacing coal in power generation, according to BP’s Dudley.

The fuel should also be seen as a complement to renewable energy for when weather detracts from wind and solar power production, according to Shell’s De la Rey Venter, echoing a widely-held view in the industry.

“If you really want to have a lot of renewables in your energy mix, you need to have a substantive gas backbone in the energy mix to enable that,” he said. “This notion of gas as the ultimate enabler of deep renewable penetration in an energy mix is very powerful.”

Chevron CEO Mike Wirth warned that a focus purely on renewables risks ignoring the needs of the developing world, where 1 billion people have no access to electricity. “Each of thse people deserves access to reliable and affordable energy,” he said. Energy demand will rise 30 percent to 2040, boosted by rising populations, he said.

It’s a view shared by B.C. Tripathi, chairman of GAIL India Ltd., the biggest gas utility in India, where demand for energy is growing at almost 5 percent a year.

“In the recent past we have seen people were sort of shying off the fossil fuel,” he said. “In spite of all the push and effort in renewables, gas is going to remain a mainstay, not only a transition fuel.”

Oil and gas producers clearly have a vested interest in championing their own products as the answer to the world’s energy needs. But their views and policies define how billions of people around the world live. Rising renewable technologies potentially pose a threat to their businesses if they succeed in replacing fossil fuels, the mainstay of their earnings.

Pushed by consumers, governments and some shareholders, big energy companies, especially those in Europe, have been investing in renewables. BP said yesterday it plans to acquire the U.K.’s largest electric vehicle charging company, while Shell and Total have bought utilities. Norway’s Equinor ASA links employee pay to cleaner energy production from the executive level down.

American giants Exxon Mobil Corp. and Chevron have said investments in renewable technology must compete, or at least grow to compete, commercially with their primary oil and gas businesses.

As policy makers grapple with the future of energy, companies are busy pushing the next big gas frontier.

Anadarko Petroleum Corp. announced at the conference it will make a final investment decision on its mega-project in Mozambique in the first half of next year, while Exxon and Eni SpA are pushing ahead with their plans nearby, showing that fossil fuels have a long future.

“While the future of energy will be cleaner, it won’t be simple,” Chevron’s Wirth said. 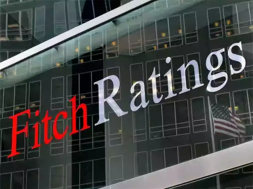