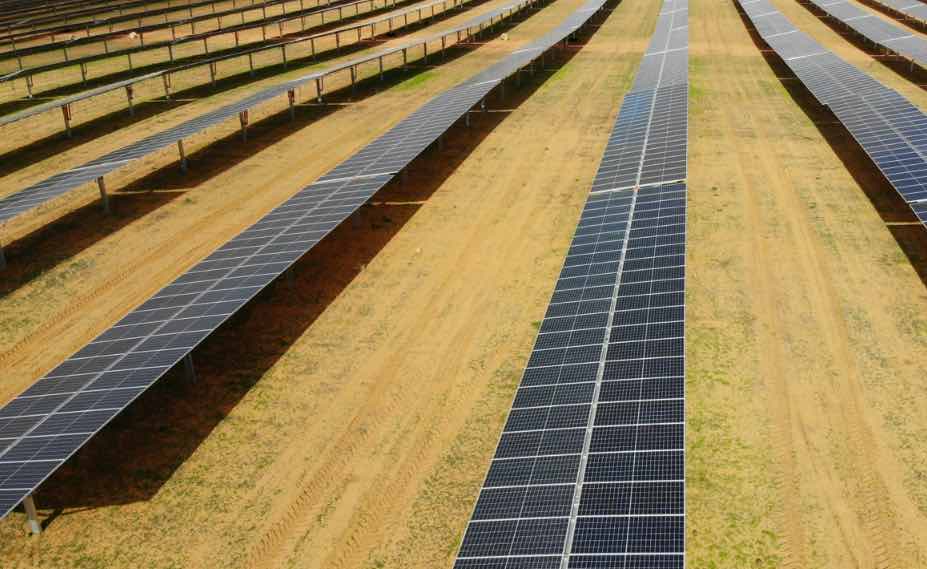 The Paris-based renewable energy company Total Eren is proposing to build a 2GW solar farm in the Northern Territory to support a 1GW hydrogen electrolyser facility near Darwin.

The proposal – the latest of a string of green hydrogen announcements for Australia – would rank as one of the biggest in the world should it be built any time soon, although there many projects of considerably larger scale.

Total Eren signed a memorandum understanding on Monday with the territory government to jointly work on development on what they are calling the Darwin H2 Hub, flagging the potential for 2,000 construction jobs and 175 ongoing jobs.

The Darwin H2 hub is looking to produce more than 80,000 tonnes of hydrogen per year, targeting domestic and international company efforts to decarbonise through the use of green hydrogen and to facilitate new industries.

Total Eren was founded in 2012 by the Eren Group, and French oil giant Total bought into the company in 2017. It has operations in Australia, including the Kiamal solar project in Victoria, and has a portfolio of 3.5GW of wind and solar farms.

“Our plan is to accelerate the development of the project to supply green hydrogen and also the opportunity to provide renewable energy which supports the decarbonisation plans for energy-intensive industries in the Territory,” Total Eren Australia managing director Kam Ho said in a statement.

“Total Eren appreciates the Territory’s support on the Darwin H2 Hub and we look forward to working in partnership with the Territory to realise our vision in a net-zero economy.”

Total Eren late last year announced a planned 10GW wind facility in Chile to support an 8GW hydrogen electrolyser plant, along with a desalination plant and an ammonia plant. That project hopes to begin production in 2027, although there was no timeline proposed for the Darwin project.

Northern Territory chief minister Natasha Fyles said the Darwin project was another opportunity for the territory to create jobs in “this new clean energy sector” and to reduce greenhouse gas emissions.

“With our abundant solar resources and our strategic location to support exports into the Indo-Pacific, the production of green hydrogen is a key opportunity for the Territory to address the growing demand for this green energy globally,” she said.

Northern Territory is also likely to play host to the world’s biggest solar and battery project, with Sun Cable advancing plans to build up to 20GW of large scale solar and up to 42GWh of battery storage, largely to supply Singapore via a 4,200km sub-sea cable.