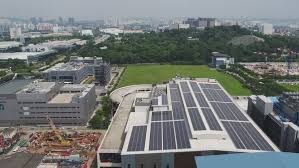 As the engineering, procurement and construction (EPC) contractor, Canopy Power will design and build a 1.25-MWp ground-mounted solar photovoltaic (PV) park and a 2-MWh battery integrated with diesel generators and a smart controller.

Project financier Total Solar DG will own and operate the micro-grid after the handover.

The micro-grid set up will be built on a Cambodian island of Koh Rong Sanloem, situated off the coast of Sihanoukville. According to the French solar energy company, the island’s tourism establishments currently rely on their own diesel generators, importing fuel in cannisters. The new micro-grid could lower the island’s diesel consumption by more than 600,000 litres per year, Total Solar DG said.

Construction of the project has already started. The company expects to see it completed in April 2021.