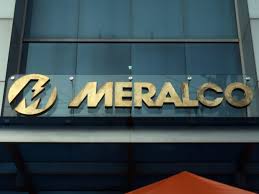 For many years now there have been sustained attacks against coal power in the country and the world. Then, in recent months, these attacks targeted new and proposed 3,000+ MW coal power contracts by Meralco, the biggest electricity distributor in the Philippines.

Last week, it became an even more focused attack on Meralco by using its Power Purchase Agreement (PPA) with the coal plant Quezon Power Phils. Ltd. Co. (QPPL). The attacks came from the Bayan Muna (BM, which I sometimes call Bayaan Mo Na) Party-list in Congress.

Among the accusations they hauled against Meralco-QPPL are: 1.) overcharging of P2.53/kwh or P4B from January to September 2020; 2.) implying that the PPA is recent and not approved by the Energy Regulatory Commission (ERC); and, 3.) that Meralco is self-dealing and getting its power supply from the gencos it controls. QPPL owner Electricity Generating Public Co. Ltd. (EGCO) of Thailand is a partner of Meralco in San Buenaventura Power Ltd. Co. (SBPLC), another coal plant.

I got interested in these accusations so I checked some numbers, particularly Meralco’s composite generation charge from its various power plant suppliers, using the latest data from the November 2020 billing then going backwards every six months until November 2017. Here is what I discovered.

One, the QPPL share is only about 9% of Meralco’s total power purchase. Two, while QPPL prices are generally higher than the Wholesale Electricity Spot Market (WESM) prices and overall generation charge, there are months and years where QPPL’s prices are lower, like in May 2018 and May 2019. Three, despite big oil-coal tax hikes under the Tax Reform for Acceleration and Inclusion (TRAIN) law of 2017 that pushed upwards the cost of oil-based and coal plants, the generation charge has been declining in 2019 and 2020 (see Table 1).

Meralco’s biggest PPAs are the First Gen Power Corp. (FGPC) Sta. Rita and San Lorenzo plants in Batangas. These two plants alone supply about 33% or one third of the total power purchase by Meralco.

So the BM “study” is twisted to produce two false assertions.

One, that there is overcharging because the PPA of QPPL-Meralco is a sweetheart deal — wrong. The PPA was approved by the Energy Regulatory Board (ERB), the precursor of ERC, way back in 1995 or even before the EPIRA (Electric Power Industry Reform Act) of 2001. No PPA or power supply agreement (PSA) by Meralco and all other private distribution utilities, past and present, can proceed without public hearings and ERC approval.Read More..