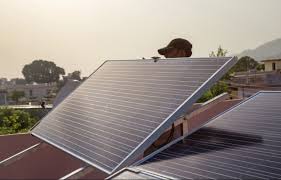 A renewable energy subsidiary of oil giant Total is debuting in the Philippine market with an initial portfolio consisting of a 60-megawatt solar project in Tarlac province and a 75-MW solar project in Zambales province, both of which are expected to start commercial operations in 2021.

Both projects have secured 20-year private power supply agreements. The Tarlac project is already being built and scheduled to go commercial in the first quarter of 2021.

Construction of the Zambales project is expected to start in the second quarter of 2021 and will operate commercially in the fourth quarter of the same year.

They are expected to produce, when completed, a combined minimum of 180 gigawatt-hours yearly.

“I am enthusiastic about the prospects of the Philippines economy and the decarbonization underway in its energy sector, in which Total Eren wants to take an active role,” said Fabienne Demol, executive vice president of global head of business development at Total Eren, which has regional offices in Singapore.

“We look forward to delivering these first two solar projects and are committed to the development of a larger portfolio of renewable energy projects in the country,” Demol said.

Jose Leviste Jr., chair of Mabalacat Solar Philippines, said the partnership with Total Eren was a significant moment for their company’s development as a long-term participant in the Philippines’ renewable energy sector.

“Sindicatum has been active with Mabalacat in the Philippines’ renewable energy market for a number of years,” said Robert Driscoll, president and chief operating officer of Sindicatum Renewable Energy.

“Regionally, our partnership with Total Eren will also allow both of our groups to deepen cooperation and explore together other opportunities in [Southeast Asia], a region poised to add 100 gigawatts or more of renewable energy capacity by 2040,” Driscoll added. INQ.