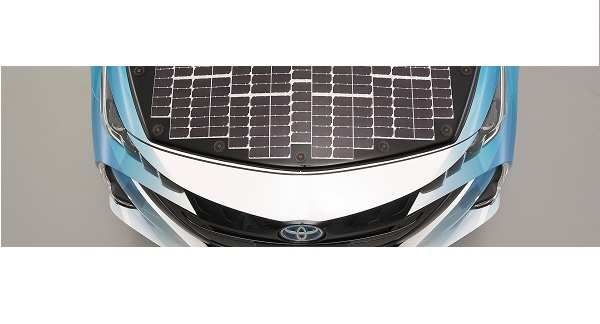 Toyota planning to use solar roof in its cars 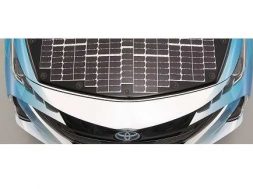 Toyota planning to use solar roof in its cars

Toyota has already produced a demo Prius PHV with solar panels on roof, hood and rear hatch door for trials.

New Delhi: Besides working on electric powertrain, fuel cell technology, Japanese auto manufacturer Toyota is planning to introduce another alternative source of energy into its cars, solar power. The automaker has already built a demo car for a trial run.

The demo car is based on Toyota Prius PHV and it gets solar panels installed on roof, hood and rear hatch door as well. The automaker has tied up with NEDO, Sharp Corporation to assess the effectiveness of improvements in cruising range and fuel efficient if electrified vehicles with high-efficiency solar panels.

The auto manufacturer believes solar power could be useful for sustainable green mobility. The automaker claims it has achieved a rated power generation output of around 860 W, which is approximately 4.8 times higher in comparison with the commercial model Prius PHV.

The demo car employs a system that charges driving battery while the vehicle is parked and also during the drive. This technology is expected to considerably improve electrically powered cruising range and fuel efficiency as well.

Toyota is planning trial runs for the demo car in various driving conditions in Tokyo. Various data including the power generation output of the solar battery panel and the amount the drive battery is charged will be collected and verified and then used in the development of the onboard solar recharging system.