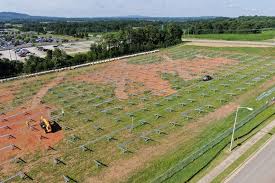 Toyota shrinking carbon footprint in US with new solar arrays 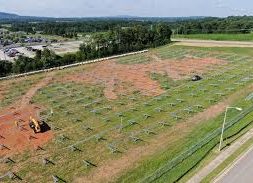 Toyota shrinking carbon footprint in US with new solar arrays

MANILA : Toyota is systematically adding four hectares of new solar arrays across the facilities of the company in West Virginia, Missouri, and Alabama. This will lessen its dependence on external energy required for operations.

The solar arrays are expected to counterbalance 6,480,000 kWh of energy, which is equivalent to providing power to about 800 homes annually. The US$9.3-million solar investment of the Japanese automaker will also produce 4.95mW of energy and lessen CO2 emissions at the facilities by 4,304,000 kg yearly.

Toyota Motor North America Energy Manager Kevin Bell explained, “Toyota continuously looks for new ways to reduce water usage, recycle materials, and conserve energy, and we are proud to add solar panels to our lineup of best practices. We are committed to setting an example of sustainability to show how a company can significantly reduce the environmental impact of its operations.”

Solar energy is widely used not just in other countries, but also in the Philippines. In December 2018, Toyota Motor Philippines began its first solar power plant in Santa Rosa, Laguna to lessen greenhouse gas emissions and provide for the electricity needs of the municipality.

Toyota invested P100 million in the 1,000-kilowatt solar array, supplying 4% of the electricity requirements at its facility in Laguna yearly.

The Japanese automaker expects the solar power plant to aid in the reduction of CO2 emissions at the facility by around 716,676 kg yearly and save approximately P10 million in electricity costs.

Similar initiatives are underway at Toyota facilities in Mississippi and Texas, wherein all help in supporting the global Environmental Challenge 2050 of the company to abolish all carbon emissions from production by mid-century. TMC posed the said challenge as a collection of six objectives focusing on the attainment beyond zero environmental effect.

Based on the Solar Energy Industries Association, Toyota is regarded as one of the leading 20 corporate users of mounted onsite solar capacity in the US.

To date, the one-hectare solar array of the Huntsville engine plant will be the biggest established facility in Madison County, Alabama. The US$2.7-million investment will produce 1.6 megawatts of solar-generated energy and lower CO2 emissions at the facility by 1,732,000 kg yearly. This initiative is expected to be completed by the end of this year.

Since the start of the manufacturing process in 2003, the engine plant has increased five times, with a cumulative investment of $1.2 billion. Around 2,500 engines daily are currently being constructed by its 1,400 team members, which include 1/3 of Toyota vehicles manufactured in North America. This makes the Toyota Motor Manufacturing Alabama (TMMAL) plant one of the auto company’s largest engine facilities in the world.

The solar array at the unit plant of Toyota in Troy, Missouri spans one hectare and produces 0.75 mW of solar-generated energy. The said initiative will be the biggest solar array in Lincoln County, Missouri. The US$1.7-million investment will lessen CO2 emissions at the facility by 750.000 kg yearly. The completion of the initiative though is expected to be in January 2021.

Toyota Motor Manufacturing Missouri (TMMMO) team members generate cylinder heads for each Toyota vehicle constructed in North America. The facility began manufacturing in 1991 and has expanded to an operation with 900 employees and a $455 million investment.

For the transmission and engine facility of Toyota in Buffalo, West Virginia, it will be considered as the biggest solar array in the state. It will span two hectares and produce 2.6 megawatts of solar-generated energy. The US$4.9-million investment will lower CO2 emissions at the facility by 1,822,000 kg yearly. Project completion is expected to be in March 2021. 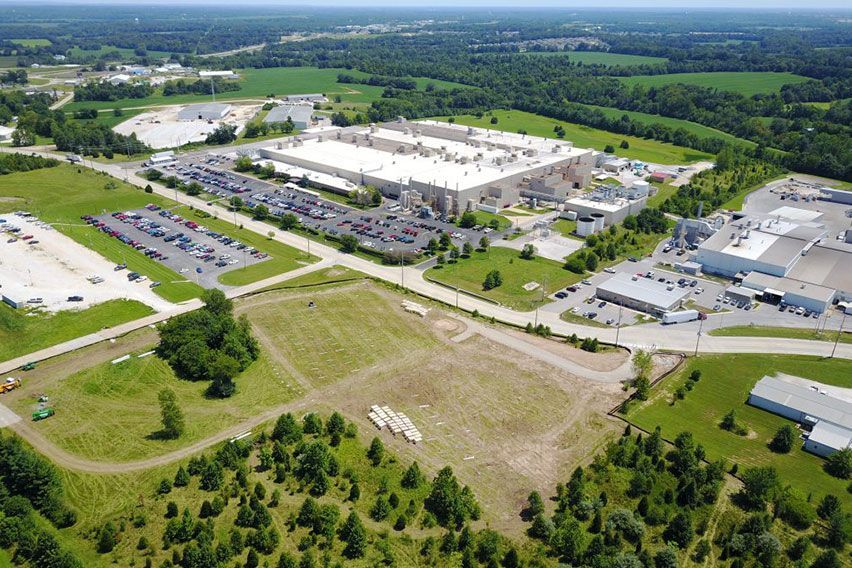 Since its establishment in 1996, Toyota Motor Manufacturing West Virginia (TMMWV) produces about one million transmissions and engines for the Lexus RX350, RAV4, Highlander, Corolla, Camry, Avalon, and Lexus ES.

Moreover, in June 2020, TMMVV was recognized as the first Toyota plant in North America to start the manufacture of hybrid transaxles, which are made for the Toyota Sienna and Highlander.