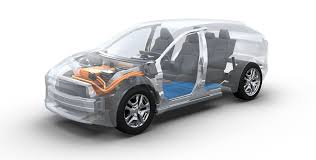 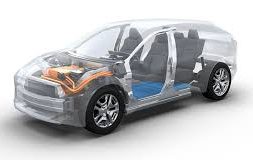 Toyota and Subaru plan a joint electric SUV. One of GM’s top executives reveals more details about upcoming electric trucks. A new climate report shows that big companies see opportunity as well as risk in addressing climate change. And automakers send a new letter to President Trump, asking him to make a deal with California on fuel economy standards. All this and more on Green Car Reports.

Two automakers conspicuous for the lack of electric-cars either in their lineups or in development, Toyota and Subaru, agreed to jointly develop a new electric mid-size SUV.

At an investor conference, GM president Mark Reuss revealed that the company’s new electric pickup will be based on its upcoming BEV3 platform that will also undergird a new electric SUV from Cadillac.

A new report examines the financial impacts of climate change for 200 of the world’s largest companies; executives see almost $1 trillion in climate risk by 2024, along with $2.5 billion in opportunities to address climate change.

And 17 automakers joined in sending a letter to President Trump asking that the administration resume talks with California to develop new fuel economy standards that will continue to increase annually—just not at the rate they’re currently scheduled to do.

Hertz joined Enterprise with a new rental-car subscription program in Atlanta and Austin, Texas. The program will allow subscribers to switch between SUVs, sedans, and pickups up to twice per month.

Finally, German auto parts supplier ZF demonstrated its new external side airbags, which it says can reduce the severity of injuries in side crashes by 40 percent.