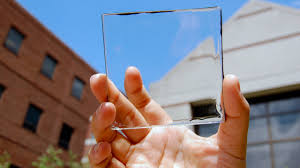 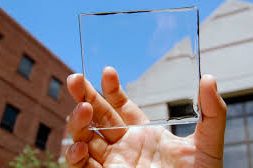 The most abundant of green energy sources, solar power will likely play a large role in transitioning humanity off fossil fuels.

While solar panels have recently become cheaper and more efficient, powering farmers in Afghanistan and remote areas of the world, their opacity poses a practical problem for designers: there’s just plenty of surfaces where it doesn’t make sense to use them — on windows, for example, or phone screens.

A research team led by Joondong Kim of South Korea’s Incheon National University may have taken a step towards a see-through solar future by developing a solar panel using transparent photovoltaic (TPV) technology, which harnesses a different part of the light spectrum than traditional solar panels.

“The unique features of transparent photovoltaic cells could have various applications in human technology,” Kim said in the university’s press release.

The dream of solar panel windows covering a house is currently limited by their semiconductor layers. These are the guts, which absorb light and turn it into electricity; this is the whole point, so you can’t really do without them — yet.

According to the Incheon release, their device harnesses the UV spectrum of sunlight to create energy, rather than the visible light harvested by traditional, opaque panels.

The new transparent solar panels, published in the Journal of Power Sources, use titanium dioxide and nickel oxide as semiconductors. The former is already in regular use in solar panels, and is non-toxic and eco friendly. Titanium dioxide absorbs UV light — the invisible kind that turns tourists into lobsters and shoulders into Frosted Flakes — while letting light from the visible end of the spectrum pass on through.

Nickel oxide has a similarly high level of transparency, with the added bonus of being abundant.

These solar panels fall far short of the Michigan team’s semitransparent panel when it comes to efficiency, clocking in at 2.1%. But they allow more light to pass through, giving them a level of transparency which, based on the photos, would make them something like frosted windows — which also help power your home.

Of course, this is only a first prototype — and solar technology has an impressive track record of innovation.

“While this innovative solar cell is still very much in its infancy, our results strongly suggest that further improvement is possible for transparent photovoltaics by optimizing the cell’s optical and electrical properties,” Kim said.