With the election of Donald Trump as president of the US, the country’s domestic energy policy is poised to witness the reversal of a number of major environmental policies of outgoing President Barack Obama, leaving the renewable energy sector at risk, according to research and consulting firm GlobalData. The company’s latest analysis states that clean energy investors are worried that the new president will put renewable energy sources in jeopardy by moving away from Obama’s Clean Power Plan and exiting the Paris agreement. Indeed, a number of US solar companies have already witnessed a decline in stock value, including First Solar and SunPower Corporation, while coal stocks have received a boost.

Previously, GlobalData projected that renewables excluding hydropower would be the fastest growing power source in the US, increasing to an installed capacity of 216 Gigawatts by 2025, but this is subject to change depending on the new government’s energy policies. Sneha Susan Elias, GlobalData’s Analyst covering Power, explains: “Obama’s Clean Power Plan was an historic measure aimed at reducing carbon emissions from power plants and working towards addressing climate change.

“By stark contrast, Trump has expressed skepticism about climate change and voiced his opposition towards environmental regulation during the election campaign, pledging to exit from the Paris climate change agreement and focus on boosting energy production from coal, oil, and natural gas. Trump stated plans to reinforce the US coal, oil, and shale industries, thus leading to oil and gas development on federal lands while stepping up drilling activity in the Atlantic Ocean and other blocked areas.”

Both China and the US, which lead the world in CO2 emissions, ratified the Paris climate change agreement on September 3, 2016. With the US aiming to decrease its greenhouse gas emissions by 26-28% from 2005 levels by 2025 under the agreement, it remains to be seen whether this plan will be realized. Elias notes: “The Paris agreement became law on November 4, 2016, prior to the naming of the new US president, and this could make things difficult for Trump’s campaign pledge to revoke the country’s inclusion in the contract.

“While Trump’s plans are potentially harmful to the renewable energy industry, there is no clear picture of his manifesto yet and, since he does not hold any record of public service, uncertainty prevails regarding his policies and their consequences for clean energy, climate, and the environment.”

– For guidelines on how to cite GlobalData, please see: http://energy.globaldata.com/media-center/quoting-globaldata 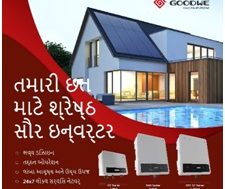