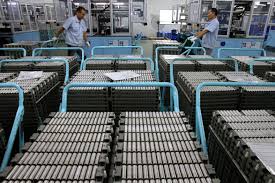 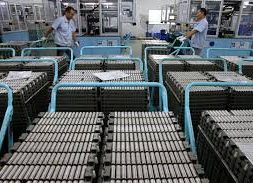 CHICAGO: The U.S. government will lead an ambitious effort to develop technologies to recycle lithium-ion batteries from electric vehicles, cellphones and other sources to ensure a reliable and affordable supply of metals crucial to battery production in anticipation of soaring global demand and potential shortages, Department of Energy officials said Friday.

Calling the effort a national security issue, the agency announced a $15 million, three-year research and development project housed at the Argonne National Laboratory outside Chicago. The collaboration between Argonne, Oak Ridge National Laboratory, the National Renewable Energy Laboratory and several universities also is an attempt to catch up with China and other countries that manufacture and recycle the vast majority of lithium-ion batteries, including those shipped back from the U.S., officials said.

U.S. dependence on other countries for metals such as lithium, cobalt, nickel and graphite, as well as finished batteries, “undermines our national security” because the source countries are not always close allies, said Daniel Simmons, assistant secretary of the Energy Department’s Office of Energy Efficiency and Renewable Energy.

Lithium salts primarily are extracted in a few South American and African countries, as well as Australia, and cobalt largely is mined in the Democratic Republic of Congo, experts said. The U.S. has a strained trading relationship with China, which produces a large share of the batteries and has been aggressively recycling them to recover metals it otherwise would have to import.

But the demand for lithium-ion batteries also is driving the effort. With U.S. automakers set to expand production of electric vehicles over the next 10 years, and batteries from existing electric vehicles nearing the end of their useful lives, it’s time to figure out how to recycle them in the U.S, said Jeff Spangenberger, director of the new recycling center, called the ReCell Center.

The center will focus on developing a process to allow recovered material to be put directly back into new batteries without having to break it down into their core components.

“We’ve done a lot of analysis … and if we don’t recycle, we will run out of materials,” Spangenberger said. “[And] if we had a steady supply from recycled materials, we would reduce the risk.”

But recycling raw materials won’t do the U.S. much good if it doesn’t also make the batteries and finished products here, experts said.

“There is no sense to recycle in the U.S. and not be able to use [the material] in the U.S. … Otherwise you have to sell to China because that’s where they make the batteries,” said Hans Eric Melin, a consultant at London-based Circular Energy Storage who researches the lithium-ion battery industry. He also said it’s important to figure out how to collect enough batteries for recycling in the first place.

“To be able to get the batteries and keep them in the U.S. is really, really important,” he said.

Melin said recycling also will become increasingly important as more companies use lithium-ion batteries in products. Big companies might be able to source enough raw materials, he said, but second-tier companies may have to rely on recycled material.

Spangenberger said the government wants to eliminate the risk for U.S. companies to spur domestic battery production, other industries and jobs.