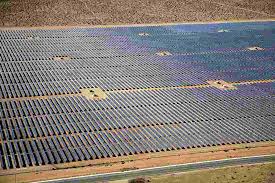 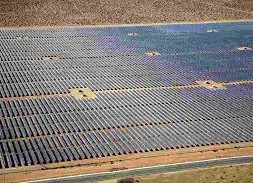 NEW YORK: The United States has shed more than 65,000 solar energy jobs in the coronavirus pandemic, industry leaders said on Monday, reversing five years of job growth in a field aimed at reining in climate change.

The steep losses were mostly among workers unable to install solar energy equipment as businesses have closed and shelter-in-place orders were implemented, said the Solar Energy Industries Association (SEIA), a U.S. trade association.

Spending on solar energy has dropped as well due to nationwide job losses and economic uncertainty, it said.

“As we look at our future, and how we want to grow this nation back, investing in those industries that solve the job crisis but also help solve the climate crisis is an important factor to consider,” said Abigail Hopper, the head of SEIA.

The overall U.S. economy lost more than 20.5 million jobs in April, the steepest plunge in payrolls since the Great Depression.

More than 65,000 solar jobs, most of them solar panel installers and technicians, were lost since the end of February, the SEIA said.

Job losses were greatest in several states hit hardest by the pandemic, including New York, New Jersey, Connecticut and Washington.

To stimulate economic activity, the Trump administration this month approved a project to build a solar panel field of about 7,100 acres (2,873 hectares) on federal land in Nevada.

It is intended to generate 500 to 700 construction jobs and enough electricity to power 260,000 homes, the U.S. Department of Interior said.

The government stopped charging rents at the end of 2018 to review company complaints that the Obama administration had raised them so high as to be uncompetitive with rents on private property.

A budget document on the Department of Interior’s web site shows it expects to collect $50 million in rent for wind and solar projects on federal land in 2020.