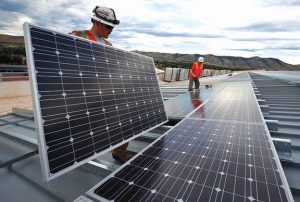 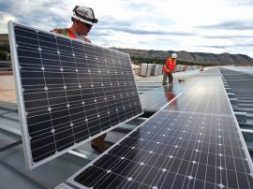 “Among the top five markets in the Mena region with the largest operational and in-the-pipeline solar projects include the UAE (58%), Egypt (23%), Jordan (10%) and Morocco (6%),” said Mina Mesbahi, Research Analyst at Solarplaza International B.V., organisers of the global Solar Asset
Management conferences.

The study was completed ahead of the Solar Asset Management Mena conference, the biggest gathering of solar industry stakeholders which will take place on November 17-18 at the Renaissance Downtown Hotel in Dubai, United Arab Emirates.

Citing statistics from the Middle East Solar Industry Association (Mesia), Top Solar Projects Mena says the solar power market in Mena is estimated to be worth more than $20 billion, according to Mesia. But further growth is expected as the region sees shrinking cost of solar coupled with a surge in clean energy demand. The Mena region is expected to require 267 GW of additional power generation capacity by the year 2030, representing a jump of 66%, which has led to the region turning its gaze to renewables, solar in particular, to meet its needs.

Equally important, a massive $15 billion worth of solar projects are expected to be operational in the next five years in the region.

Situated on the global sunbelt and with irradiation levels rising above 6 kWh/m2, the Mena region is well-equipped with all the necessities to become an oasis of solar energy production.

“Almost all the countries in this region experience an all year-round sunshine, providing breeding grounds for solar development. Accounting for almost 3 GW of operational capacity, solar seems to only loom large for Mena,” added Mesbahi, whose team compiled the region’s largest solar power projects in the region.

While the outlook for future growth is positive, the latest white paper by Solarplaza shines light on the challenges that are equally daunting though not insurmountable. “The dusty desert conditions make for challenging and risky operations. Good news is that these risks and challenges can be overcome given the advancements in solar technology. After all, if the panels are covered with dust and sand, they aren’t receiving as many rays of sunlight. Additionally, sand and the UV light have an adverse effect on the performance of the panels and cause backsheet degradation,” Mesbahi explained.

Desert-proofing solar operations in the region will be of paramount concert for solar project stakeholders and will be among the key topics that will be discussed during the conference.