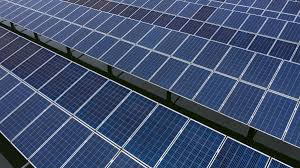 LONDON: The British government said on Tuesday it will double the capacity of renewable energy projects eligible for support in its next round of subsidy auctions.

Under the so-called Contracts-for-Difference (CfD) scheme, qualifying projects are guaranteed a minimum price at which they can sell electricity, and renewable power generators bid for CfD contracts in a round of auctions.

The next allocation round for renewable energy technologies such as offshore wind will open late next year.

It will increase the capacity of renewable energy from the 5.8 gigawatts (GW) achieved in the last allocation round to up to 12 GW, which could be enough to power 20 million electric cars on Britain’s roads in a year, the government said in a statement.

Former coal-burning power stations that have been converted to biomass generation will be excluded from future CfD rounds, the government added.