The upcoming Union Budget for 2017-18 must address the concerns of the industry related to the impact of the Goods and Services Tax (GST), demonetisation and provide for fiscal incentives to boost the domestic manufacturing of solar panels, Hartek Singh, Chairman of Chandigarh-based Engineering, Procurement and Construction (EPC) firm Hartek Power, has demanded.

The government should address the concerns associated with GST and demonetisation by announcing measures which boost investments and limit the possible fallout of the two policy decisions, Singh told ETEnergyWorld in an exclusive interview. “While the upsurge in cash volumes in banks as a result of demonetisation will bring down interest rates, which will further boost investments in the power sector, GST will also turn out to be a game changer in the long run,” he said.

The first generation entrepreneur also said the Modi government should announce special incentives for the renewable energy sector to offset the possible increase in project costs owing to GST but added it could be rather premature to foretell the impact of GST on the power sector as the GST Council is still in the process of giving a final shape to the new tax regime.

The Power System EPC business vertical of the Hartek Group registered a revenue of Rs 75 crore in 2015-16. In the current financial year, the company is expecting to generate a revenue of Rs 150 crore from the EPC business, a twofold increase over last year, Singh said.

In the solar domain, Hartek Power undertakes EPC projects from independent power producers (IPPs) and specialises in grid connectivity. At the end of March 2016, Hartek Power had connected 258-Megawatt solar projects to the grid. With 460-Mw orders in its kitty in the first half of the current financial year, the company is all set to execute more than 500-Mw solar EPC projects in 2016-17 alone.

“The government should encourage indigenous manufacturing of solar panels so as to reduce dependence on imports by extending special concessions to domestic manufacturers on one hand and increasing import duty on the other. India is heavily dependent on imports for solar panels owing to limited manufacturing capacities and high cost of financing. Low-cost finance options can go a long way in promoting the Indian solar panel industry,” Singh said.

He added that the government must also allocate more funds for Research and Development (R&D) to introduce cutting-edge power technologies. India has the opportunity to become a manufacturing powerhouse if home-grown technology is given the attention it deserves under the Make in India campaign, he said. Singh also said the he expects the government to allocate more funds for upgrading grid infrastructure for renewable energy projects and announce incentives to attract private investments in the Transmission & Distribution (T&D) domain. 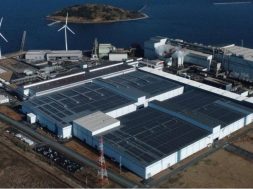