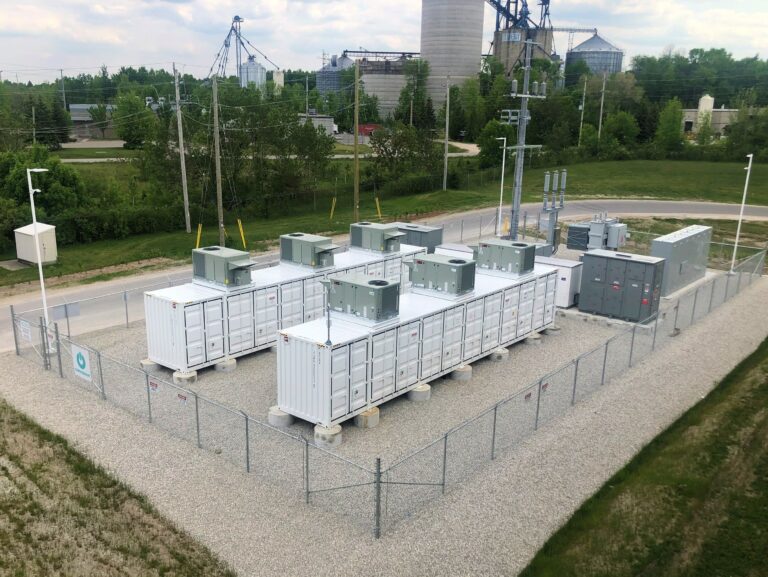 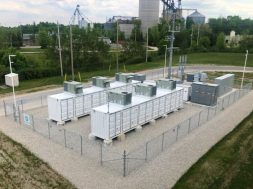 Battery storage at an industrial site in Ontario. So far, this use case is the dominant means of getting storage deployed in Canada and is focused entirely on the province’s grid operator IESO’s Global Adjustment Charge regime.

A new document outlines how Canada can reach its national goal of achieving net zero emissions by 2050, but only if the regulatory and policy landscape is radically altered to enable the massive buildout of wind, solar and energy storage.

Last week, an urgent call to action was issued by the Canadian Renewable Energy Association (CanREA), a trade group with more than 300 member organisations. CanREA outlined five priority actions that would greatly speed up the country’s transition to low carbon energy, including specific moves to support the deployment of energy storage.

“We have no time to waste. Getting to net-zero by 2050 will require Canada to build out wind energy, solar energy and energy storage at an unprecedented scale and speed,” CanREA president and CEO Robert Hornung said.

“These technologies will play a central role in driving the rapid decarbonisation and massive expansion of electricity production required to make net-zero a reality.”

The five main priorities are:

1. Decarbonise the country’s electricity production by 2035: immediate actions to achieve this would include adopting a Clean Electricity Standard so that a growing minimum of power on the grid has to come from low carbon sources and ensuring natural gas generation is exposed to carbon pricing by 2030.

2. Modernise electricity markets and regulatory structures to enable the lowest-cost pathway to grid decarbonisation and expansion: defining and providing economic value for services to maintain grid stability and security and supporting newer technologies, like batteries, that can provide those services is recommended as an immediate action on this. Barriers to market participation for such resources should be removed, CanREA said.

4. Prioritise efficient use and regional approaches to transmission infrastructure: an immediate action on this is that energy storage and DERs should be considered as effective non-wires alternatives to the more costly investment in grid infrastructure, CanREA said.

While south of the border, the US has rapidly become a leading energy storage market, this has not been the case in Canada, even accounting for the relative difference in population size and urban population.

At the moment, the biggest opportunity for batteries in the country is for commercial and industrial (C&I) energy storage in the province of Ontario. An electricity pricing regime called the Global Adjustment Charge (GAC) run by transmission operator Ontario Independent System Operator (IESO) means companies with large electric loads are charged a hefty premium for drawing power from the grid at peak times. Using batteries to shave that peak can reduce costs significantly.

As an example of this, earlier this month, Canadian power developer, asset manager and independent power producer (IPP) SWITCH Power announced the CA$5.6 million (US$4.43 million) financial close of a portfolio of commercial behind-the-meter projects.

SWITCH closed an equipment procurement loan and equity financing for the 3.5MW, five project portfolio which it is buying from developer Peak Power Inc. Peak Power is a provider of optimisation software and services and recently sold SWITCH the projects as part of a wider 25MW / 44MWh transaction across nine projects.

SWITCH said the majority of revenues generated by the battery storage, installed at commercial buildings, will come from Energy Services Agreements with building owners. SWITCH gets a percentage of cost savings that the battery energy storage system (BESS) technology will enable by reducing the Global Adjustment Charges.

Also during this month, the IESO announced a solar-plus-storage microgrid project in partnership with decentralised and decarbonised energy software and solutions company Opus One, municipal utility Elexicon Energy and homebuilder Marshall Homes.

Altona Towns, a new-build community of 27 homes will be integrated with a microgrid using 25kW of rooftop solar PV and a 250kW / 500kW BESS. IESO is part-funding the project through its Grid Innovation Fund to see if the model or its learnings can be replicated and rolled out elsewhere.

In September, Justin Wahid Rangooni, executive director of Energy Storage Canada, another trade association, blogged for this site that energy storage needs to be at the heart of policy and regulation decarbonisation and modernisation of the grid, something which hasn’t happened yet, Rangooni said.

Much earlier in the year, in March, Rangooni did say some first steps are being taken by grid operators to recognise the value of energy storage in Canada, including a pilot grid services tender by Alberta’s grid operator and the publication of interim market rules and manuals for energy storage’s participation in energy markets by the Ontario IESO.