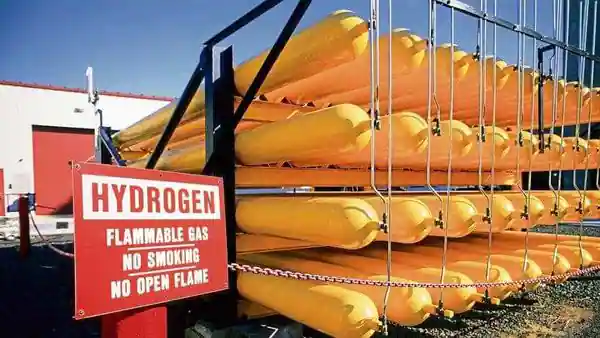 New Delhi: In what may provide a push to India’s energy security efforts, a US-India hydrogen taskforce has been launched under the aegis of Strategic Clean Energy Partnership (SCEP), according to a statement from US India Strategic Partnership Forum (USISPF) on Friday.

Leveraging India’s landmass and green energy sources for exporting green hydrogen is one of the steps for achieving energy sufficiency for the country, according to a draft proposal circulated by the ministry of new and renewable energy (MNRE), for the planned National Hydrogen Energy Mission as reported by Mint earlier.

The inaugural meeting of the US-India Strategic Energy Partnership was held in April 2018 in New Delhi and was attended by then US energy secretary Rick Perry, who had pitched the US as a preferred energy partner.

“At the Leaders’ Summit on Climate on 22 April 2021, Prime Minister Narendra Modi and President Joseph Biden agreed to launch a high-level India-US Partnership which envisages bilateral cooperation on strong actions in the current decade to meet the goals of the Paris Agreement,” India’s ministry of external affairs (MEA) had said in a 22 April statement.

“The Partnership will aim to mobilize finance and speed clean energy deployment; demonstrate and scale innovative clean technologies needed to decarbonize sectors including industry, transportation, power, and buildings; and build capacity to measure, manage, and adapt to the risks of climate-related impacts.

The Partnership will proceed along two main tracks: the Strategic Clean Energy Partnership and the Climate Action and Finance Mobilization Dialogue, which will build on and subsume a range of existing processes,” the MEA statement added.

Green hydrogen gas is produced by splitting water into hydrogen and oxygen using an electrolyzer that may be powered by electricity generated from renewable energy sources.

India, the world’s third-largest oil importer is recalibrating its energy sourcing playbook keeping its strategic and economic interests in mind. The clean fuel can be a game changer for India, which imports 85% of its oil and 53% of gas demand.

“The Inaugural Session, discussing the high-level priorities for the task force was attended by senior government officials from the U.S. Department of Energy, Government of India’s Ministry of New and Renewable Energy, Ministry of Petroleum and Natural Gas, Ministry of External Affairs, Ministry of Heavy Industries, Ministry of Science and Technology, Ministry of Road Transport Highways and NITI Aayog; and representatives from US India Strategic Partnership Forum, the Secretariat for the Task Force,” the USISPF statement said.

“Through strong international collaboration, the U.S. and India can help solve the climate crisis by finding ways to scale up access, affordability, and deployment of critical hydrogen technologies,” said Dr. Ken Vincent, US-India Hydrogen Task Force co-chair, and director of Office of Asian Affairs, Office of International Affairs at Department of Energy (DOE) said in the USISPF statement.