JOHANNESBURG : The creation of a minimum of 500 fuelling stations to provide hydrogen to mainly trucks powered by platinum-catalysed hydrogen fuel cells is planned by a US company in the next three to five years.

“We believe that everyone will be within a couple of miles of a hydrogen fuelling station in the next five years,” PowerTap Hydrogen Fueling Corp CEO Raghu Kilambi told Mining Weekly in a Zoom interview. This will potentially create additional demand for platinum group metals, of which South Africa is the main host.

PowerTap Hydrogen is owned by investment holding company Clean Power Capital Corp, a public company that trades in Canada, Germany and the US.

Kilambi’s comments dovetail with a Bank of America calculation in the latest edition of Hydrogen Fuel News that the hydrogen economy is developing into a $11-trillion marketplace. His comments also coincide with those of Hyundai Hydrogen Mobility CEO Mark Freymueller, who states that trucks are the perfect lever to build up fuelling infrastructure sustainably.’

“Certainly, we’re going to do our part. We’re going to be one of the first players and very aggressive on the market. We have no doubt there will be others, but we’re very confident that we have a cost-effective solution that can meet the demand for the coming long-haul trucks and also for the consumer car market,” Kilambi said.

Californian regulation mandates that 30% of heavy-duty truck sales be zero-emission by 2030.

The fuelling stations will be funded by a combination of public equity, including public institutional equity, and ‘green’ infrastructure loans available from the US Federal government and other private sector funds.

“Because we have good predictability of cash flow due to carbon credits, that allows us to get debt earlier than other sectors are able to get low-cost debt,” he said. Revenues are raised by the company selling its carbon credits to carbon emitters.

On platinum-catalysed and hydrogen-using fuel cell electric vehicles having a significant role to play in especially the long-haul truck and bus segments, he said hydrogen fuel cell commercial vehicle sales are expected to grow exponentially, with Nikola alone having a $14-billion backlog of hydrogen truck orders.

The company’s hydrogen, Kilambi said, is cheaper than diesel and trucks calling at its fuelling stations can, as is the case with diesel, refuel quickly.

It is the platinum catalysts in the fuel cells that convert the hydrogen to electricity, with the main source of the platinum being from South Africa.

“Our view is that with all the major auto OEMs globally, Toyota, Hyundai, Mercedes, Volvo and others announcing long-haul fuel cell electric trucks creates this huge opportunity and what’s missing globally, and to a large extent in the United States, is fuelling infrastructure. There are only 100 currently available hydrogen fuelling stations for car and trucks in the United States and the Department of Energy feels that there are thousands needed in the next three to five years,” Kilambi stated.

“We believe blue hydrogen is a solution for the next five or ten years to build up the fuelling infrastructure and if efficient electrolysis systems do come in, we can swop our steam methane reformation for electrolysis,” he said.

Green hydrogen, which is in growing demand around the world, is generated by electrolysing water with clean, renewable energy.

The race to align with the Paris Agreement is permeating across all sectors, Jefferies equity research analysts state in a note. The Paris Agreement sets out a global framework to avoid dangerous climate change by limiting global warming to well below 2°C and pursuing efforts to limit it to 1.5°C. It also aims to strengthen countries’ ability to deal with the impacts of climate change and support them in their efforts.

Carbon is released into the atmosphere when fossil fuels are burnt by vehicles and power stations. This carbon traps heat, which causes global warming. As a result, pressure is being exerted on governments and companies the world over to make explicit and sizable capital commitments to neutralise the carbon emissions from their operations.

The use of platinum group metals in hydrogen fuel cell electric vehicles, renewable energy and other applications helps to do this, as does the recycling of products, which requires less energy than primary production. Hence the growing global insistence on the development of not only the hydrogen economy but also the intensification of the circular economy, which abates climate change by putting used products back into the market with greater environmental friendliness. 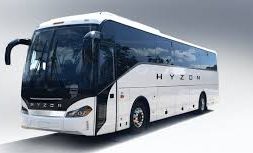 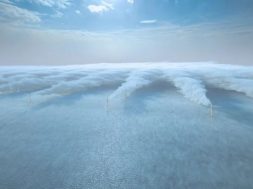 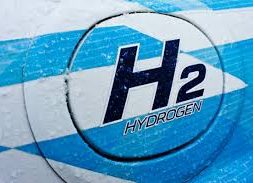 Why We Need Green Hydrogen