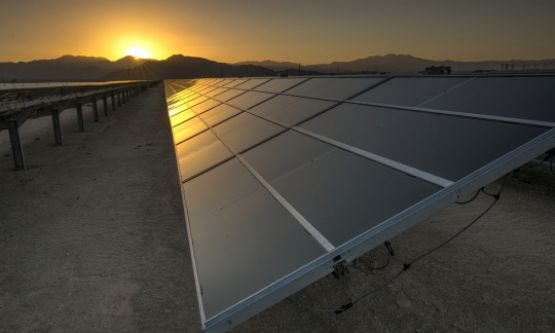 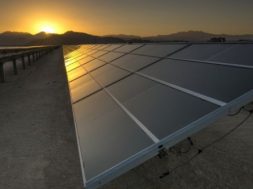 The US Department of the Interior (DOI) has given the green light to the construction of a utility-scale solar-plus-storage project on public land in California.

The DOI announced on Monday (3 May) that the Bureau of Land Management (BLM) has given final approval to the Crimson Solar Project, a 350MW solar PV array with a 350MW/1,400MWh energy storage system that will generate power through the Southern California Edison Colorado River Substation.

The project will be owned by renewables company Sonoran West Solar Holdings, a subsidiary of utility-scale developer Recurrent Energy and Canadian Solar. It will be built on 2,500 acres of Federal land in Riverside County, according to an impact statement, and is expected to require an investment of US$500 million. The DOI said in a statement that the Crimson project will have the capacity to power 87,500 homes on completion.

The battery energy storage system (BESS) is expected to have four hours storage and discharge duration.

California has become home to some of the world’s biggest energy storage projects in recent years. At 350MW capacity though, the Crimson Solar project’s BESS is on the larger end of developments, pipping the recently built Moss Landing facility in Monterey County, California for example.

The 300MW/1,200MWh is said to be the largest operational BESS in the world, and is also set to have an additional 100MW / 400MWh capacity added by August. Both are considerably larger than the 250MW / 250MWh Gateway Energy Storage project completed by LS Power earlier this year.

Grid operator the California Independent System Operator (CAISO) said in a statement last week that it hopes to see a fourfold increase of four-hour battery storage capacity by summer 2021. The low-carbon technology is expected to play a “critical role” in California’s drive to decarbonise its power network, according to Elliot Mainzer, ISO president and CEO.

“Beginning with four-hour lithium-ion batteries and ultimately expanding into longer durations and new chemistries,” he said, “energy storage is going to play a critical role in maintaining reliability and providing essential grid services.”

Interior Secretary Deb Haaland said that using federal lands for collocated utility-scale projects such as the Crimson Solar project will “help to make America a global leader in the clean energy economy.”

The project is expected to create 650 construction jobs, as well as 50 operations and maintenance (O&M) roles over its 30-year life, the majority of which will be part-time or temporary.

Public lands have become a new battleground for the US energy transition since President Biden took office and set a target of decarbonising the country’s energy mix by 2035.

Haaland issued two secretarial orders last month to “prioritise action on climate change”, and established a Climate Task Force in order to ramp up renewable energy installations on public lands, while at the same time removing Trump-era policies that promoted coal, oil and gas power production on those areas.