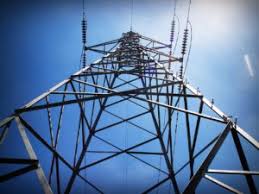 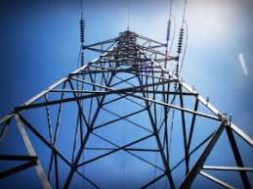 The power sector accounts for nearly a third of US C02 emissions, roughly on par with transportation, and scientists say slashing output is essential to helping avoid the worst impacts of global warming

The US power industry would struggle to meet presidential hopeful Joe Biden’s proposed mandate that it become carbon neutral by 2035 without some big breakthroughs in clean energy technology, according to a Reuters analysis of planning documents and a survey of top utilities.

But these technologies are currently either too costly for mass deployment or not yet commercially viable, the companies said. Historically, utilities have invested little in emerging technologies because they are required by regulators to keep costs low.

Reuters contacted the 10 largest US publicly traded power producers and three others with ambitious greenhouse gas reduction goals to determine their outlook on reducing the carbon dioxide emissions that lead to global warming. All but four responded. The news organization also mined public statements, state regulatory filings and corporate documents to determine these utilities’ views.

Those views cast doubt over the feasibility of Biden’s proposed mandate as he prepares to face off with President Donald Trump – a climate change skeptic and booster of fossil fuels – in the November election.

“I’m not going to say it’s impossible,” said Adam Richins, Chief Operating Officer of the IDACORP Inc unit Idaho Power, which supplies electricity to parts of Oregon and Idaho and has a plan to supply 100% clean energy by 2045. “I would just say the plan is very ambitious.”

“Joe Biden believes in the potential of American workers’ ingenuity and will mobilize our nation’s talent and grit to build a modern, clean electric infrastructure,” said spokesman Matt Hill.

Biden has called climate change the biggest challenge facing America and the world, and in late July announced a proposal to spend $2 trillion on clean energy – paid for through corporate taxes.

The power sector accounts for nearly a third of US C02 emissions, roughly on par with transportation, and scientists say slashing output is essential to helping avoid the worst impacts of global warming.

Solar and wind power are the most readily available alternatives to fossil fuel plants, and large amounts of both are being added to US grids. But utilities say they need other resources that can be dispatched when the sun goes down or wind is low.

The Trump administration has dismantled Obama-era regulations that would have required power producers to slash CO2 emissions 32% below 2005 levels by 2030.

Responding in part to investor pressure or American state-mandated targets, more than half of those contacted by Reuters have pledged to eliminate all of their carbon emissions by 2050 at the latest, with some promising earlier timelines.

But none of the companies has fully explained how it will achieve that goal.

Xcel, which has among the most aggressive plans to move away from fossil fuels, said it will achieve an 80% reduction in CO2 emissions by 2030 with large additions of solar and wind power. But eliminating carbon emissions entirely will take another two decades, the utility said, far longer than Biden’s plan calls for.

“We established a 2050 target for a carbon-free electric system because we know that development of those technologies will take time,” Xcel said in a statement.

Dominion, Southern, Duke and others for now are relying on large amounts of natural gas-fired power to supplement increased reliance on renewables.

Natural gas emits about half as much CO2 as coal when burned, and its increased use in recent years has helped the United States slash emissions. But gas is a potent contributor to climate change when it leaks. Scientists say it has a tendency to escape from infrastructure in the form of methane, a climate-heating component of natural gas.

Reuters’ review of utility documents shows that over the next decade, natural gas is expected to make up between a fifth and two-thirds of the companies’ regulated subsidiaries’ energy-producing capacity. Overall, it generates more than a third of US power and will continue to do so through 2035, according to the federal Energy Information Administration.

Companies like Duke and Southern have been criticized by fossil-fuel opponents for marketing climate-friendly credentials while moving slowly to eliminate C02 emissions.

“These utilities are trying to have their cake and eat it too and hope investors are too dumb to notice,” said Dave Pomerantz, executive director of the Energy and Policy Institute, a group that advocates for a transition to clean energy.

Duke spokesman Neil Nissan called the criticism “unfounded,” saying the company has reduced emissions dramatically by retiring coal plants and will double its renewable capacity in the next five years. Southern said natural gas enables the growth of renewables by ensuring grid reliability.

“Whether these advancements will occur at the level and speed necessary for integration into the power sector’s transition prior to 2030, or even 2050, remains uncertain,” said Mike Twomey, a senior vice president at Entergy.

Large-scale batteries that can store renewable power are more expensive than natural gas and typically deliver power for only about four hours.

Meanwhile, methods to capture carbon emissions have been dealt a string of setbacks, most recently with the shutdown of Petra Nova, a clean-energy facility in Texas that had been plagued by mechanical problems. It was the only project in the country that captured carbon from a coal-fired power plant.

Alternatives like small nuclear reactors and using hydrogen to create electricity have yet to be proven or made widely available commercially.

NextEra Energy Inc, for instance, said in July it would build a $65 million pilot project in Florida to produce hydrogen from solar power, but it does not expect the technology to replace natural gas in turbines at a meaningful scale until at least 2030.

Some large investors are pressuring the industry to act more swiftly on their pledges to achieve net-zero emissions.

“A goal without a plan to achieve that goal is hollow,” said Greg Rivara, spokesman for Illinois State Treasurer Michael Frerichs, who oversees a $31 billion portfolio that includes shares of Southern.

The California State Teachers’ Retirement System (CALSTRS), a behemoth pension fund that owns shares of Dominion, Duke and Southern, said it was reasonable for utilities to factor technological advances into their long-term planning. But a portfolio manager warned that investors want to make sure utilities don’t build too many new natural gas plants in the meantime.

“It’s fair to say we grill companies pretty hard on that,” said Travis Antoniono, who handles sustainable investments at CALSTRS.

The industry is counting, to some degree, on scientific discovery to take them beyond fossil fuels.

The Edison Electric Institute, a trade group for investor-owned utilities, said it is halfway through a study of the technologies its members will need to get to a maximum reduction in carbon emissions.

“The funny thing about technology is there is always some random breakthrough thing you can’t plan for,” said Emily Fisher, EEI’s general counsel.