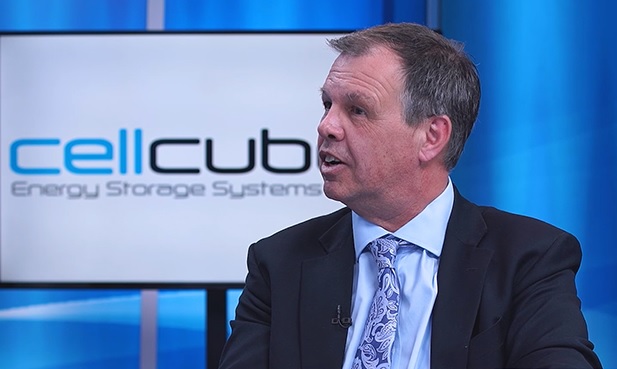 Vanadium: The next big thing in energy storage 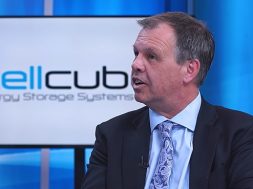 Vanadium: The next big thing in energy storage

Hannah Bernard: Hi, I’m Hannah Bernard. You’re watching Market One Minute, and today, we have Stefan Schauss, CEO and director of CellCube Energy Storage Systems. Tell me a little bit about CellCube’s technology, and how it measures up against other energy storage companies.

Stefan Schauss: Unlike other technologies, CellCube technology is based on vanadium redox flow batteries, and vanadium is a substance in the Earth crust that’s ten thousand more times available as lithium, for example. So, it’s such a very abundant material. What we experienced, or what we have been researching on and developing on, is how to make this as a good usage for batteries. The advantage of vanadium is truly that you have an asset that never degrades its characteristics, its capacity. So, that means that you have the same capability of storing the energy in 20 to 30 years as you have today.

Stefan Schauss: That is very much unlike other battery technologies, as we know right now from, for example, our mobile phones, where we have to exchange the battery after a certain amount of time, or just replace the whole phone.

Hannah Bernard: Great. Let’s talk about the cost effectiveness because obviously, that’s what the end user is going to care about. Let’s dive into cost-effectiveness in regards to this new generation of energy storage.

Stefan Schauss: Imagine, for a hundred years, we have been working with an energy system that has a certain cost structure. Now, when you want to revolutionize it, you first think of solar and wind and renewable assets. Decarbonization, but also new cost-effectiveness of the supply solution.

Stefan Schauss: Our energy storage system is a perfect co-located asset next to renewable energy resources, and with that, we enter into a terrain that is much lower than any other battery energy storage system can deliver on a cost per kilowatt hour level to consumers, to offtakers, of all kinds.

Hannah Bernard: What kind of metrics are there that we can refer to?

Stefan Schauss: Typically, what you calculate into metrics, one is on a levelized cost of energy, or a levelized cost of storage, as we like our component to be called, and we are hitting here really base load territory. What that means is that together with a wind resource or with a solar resource, we can deliver power and energy at levels that traditionally have been served by coal-fired power plants, gas peaking plants.

Stefan Schauss: We are focusing with CellCube, unlike other battery vendors and battery manufacturers, to very large-scale plant-style type of installations. Co-located with solar and wind to either replace or to co-exist with traditional thermal power plants. Helping to decarbonize the industry, helping to decarbonize and to make this a better world.

Hannah Bernard: Yes. That’s what we need right now. In terms of how to understand the size of a project, I want to talk a little bit about that. We know that sales have been reported in the megawatt energy storage project. Can you just give us some context?

Stefan Schauss: We need to put this in perspective. Let’s say our average size is around about 20 megawatts per project. So, what does this mean? When you think of it, it’s probably the equivalent of taking a whole town with 20,000 inhabitants off-grid. Or, let’s see. We keep it on-grid, but together with solar and the storage component, we can deliver it 24/7 of its energy supply.

Hannah Bernard: Great. We’ll have to keep an eye on everything coming from CellCube. Thank you so much for sharing all that with us.

0
0   0
previous The Oil Market Isn’t As Weak As It Appears
next Power to the people: Solar-plus-storage vs the UK’s ‘Big Six’ of energy suppliers