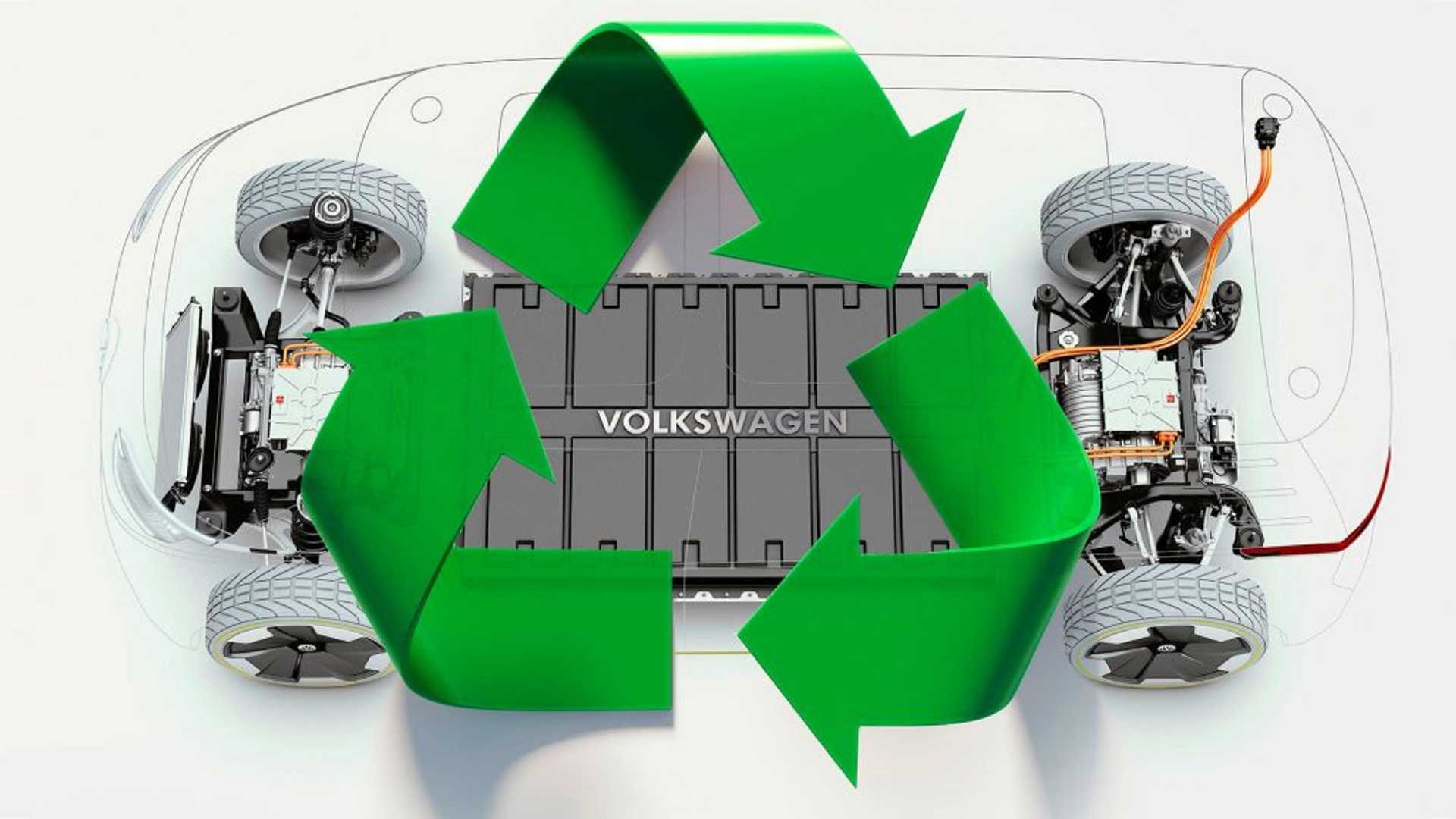 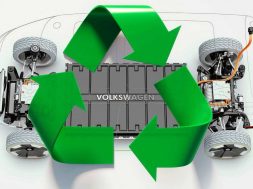 An initial recycling capacity will be roughly 1,200 tons of EV batteries per year, equal to the batteries from about 3,000 cars.

Volkswagen intends to comprehensively deal with lithium-ion batteries in its electric cars, after their capacity fades to the level not sustainable for use in cars anymore (usually expected at 10-15 years).

The scale of battery topic is huge as Volkswagen targets 1 million all-electric cars to be produced annually by 2025.

The first step will be second-life use of at least part of the batteries in energy storage applications. One of the flagship example to be 100 kW Volkswagen Mobile Charging Station equipped with 360 kWh MEB-based battery modules.

The ultimate key solution will be the recycling of the cells and Volkswagen takes it in-house with a plan to achieve a 97% rate of recycling of raw materials at some point in the future. For comparison, the much simpler lead-acid batteries are rated at 99%. Lithium-ion recycling is currently closer to 53%, according to VW.

The vertical integration of recycling to be very important not only from environmental reasons but also pure economic.

Volkswagen will start battery recycling in 2020 at Volkswagen Group’s component plant in Salzgitter, Germany with an initial capacity to recycle “roughly 1,200 tons of EV batteries per year, equal to the batteries from about 3,000 vehicles”.

The recycling rate of raw materials in Salzgitter will be around 72%, which is already a lot higher than the industry average.

In the long-term, Volkswagen envisions decentralized of recycling plants.

“Salzgitter is expected to be the home of Volkswagen’s first center for electric vehicle battery recycling. Next year, the center plans to have an initial capacity to recycle roughly 1,200 tons of EV batteries per year, equal to the batteries from about 3,000 vehicles.

Using a special shredder, the individual battery parts can be ground up, the liquid electrolyte can be cleaned off, and the components separated into “black powder.” This contains the valuable raw materials cobalt, lithium, manganese, and nickel – which, while requiring further physical separation, are then ready for reuse in new batteries.

In the long term, Volkswagen wants to recycle about 97 percent of all raw materials in the battery packs. Today, it’s roughly 53 percent, and the plant in Salzgitter expects to raise it further to about 72 percent. Volkswagen expects the plant in Salzgitter to be followed in the next few years by further decentralized recycling plants. Given how many electric vehicles Volkswagen plans to sell, handling recycling internally will be a priority for cost and environmental reasons — even though it will be at least a decade before the battery shredders have much to do.”