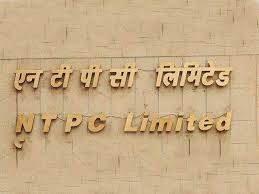 New Delhi : State-owned NTPC is looking at green hydrogen and battery storage to drive energy transition and is moving away from coal-based projects, said its Executive Director, Mohit Bhargava.

According to many studies, green hydrogen could be a major player not only in terms of fuel but also in being a feedstock as hydrogen, methanol, and ammonia.

In October 2020, NTPC had incorporated a wholly-owned subsidiary for its renewable energy business.

The firm is looking at tariff-based renewable energy bids by SECI, NHPC, or state utilities. “We’re also looking at the government schemes and are vigorously pursuing on the Ultra Mega Renewable Energy Power Parks scheme, wherein we are in discussion with Rajasthan, Gujarat, Maharashtra, and Madhya Pradesh for availability of land because that is going to be one of the key things for the growth of renewables,” Bhargava said.

NTPC has 5-6 GW renewable energy projects in the pipeline, which is primarily solar power based.

Regarding the discoms, he said that they should not be burdened more as they are already hit by the corona pandemic. “We need to look at how we can get into renewables through the non-PPA mode… We need to actually encourage and deepen the green market… and look at how we can get away from PPAs and still grow. This will ensure that the discoms liability also does not increase,” said Bhargava.

The government had come out with a Rs 90,000-crore temporary relief package for stressed discoms in May this year.