PARIS: Two years after the landmark COP21 agreement signed here, Paris hosted and spearheaded the One Planet Summit on December 12. ‘Make our planet great again” had been French president Emmanuel Macron’s response to Donald Trump’s rejection of the Paris accord. The event, aimed at sustaining momentum on climate action, is being co-hosted by the UN and the World Bank.

The One Planet Summit aims to rally civil society, the private sector, and also national, regional and local governments. The focus is on climate finance, both public and private, and operationalising some of the commitments to reducing greenhouse gases and moving to a low-carbon path. “We’re losing the battle,” French President Emmanuel Macron underlined in his address, saying it was now urgent to change words into deeds.
World Bank president Jim Yong Kim spoke of success stories around the world, singling out India’s Energy

Efficiency Services Ltd and the expansion of LED bulbs and tubelights that will have, by mid-2019, saved up to 20 gigawatts of electricity capacity (that might otherwise have come from coal).

UN secretary general Antonio Guterres pointed out that climate change is moving faster than we are. “It is trust that is lacking,” he said.

Like the Indian independence movement, women’s suffrage and the civil rights movement in the US, great change comes from the grassroots, from people’s power, not top-down from the capitals, he said, speaking about the environmental movement.

Given the urgency and scale of the problem, public finance won’t cut it, and private capital must be steered towards climate action. Investment banks, insurance companies and pension funds must be directed towards climate action. There was much talk of creating the right regulatory environments and financial incentives in developing nations, to reduce the risk for private investors. Businesses, banks, insurance companies and international funds, energy and transport companies outlined their ambitions.

The EU is committed to fulfilling the $100 billion a year grant that developed countries have committed to by 2020, said Miguel Canete, EU Commissioner for Climate Action and Energy. He spoke of an ambitious external investment plan of 9 billion euros in sustainable energy, cities and agriculture, and of more evolved financial instruments to help developing countries access funds. Japanese foreign minister Taro Kono outlined his nation’s plan, from directing its global pension fund to promote investment in renewable energy, contributing to the GCF, focusing on adaptation efforts in vulnerable areas like the Pacific Islands, launching two observation satellites, and helping build a supply chain for hydrogen, in which Japan leads the world.

At a side event with French business leaders, 91 companies pledged their commitment. Nicholas Hulot, minister for ecological and social transition, applauded these efforts and spoke of a “new green deal” to make renewable energies more competitive than fossil fuels, and that “constraint is not the enemy of creativity, it is the condition for it”.

The International Solar Alliance, led by India and announced in Paris two years ago to catalyse solar innovation, was discussed. Its first summit will be held on December 9 in Gurugram, where Macron will be present.
(The author is attending the summit on the invitation of French government). 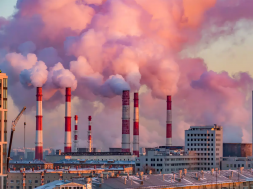