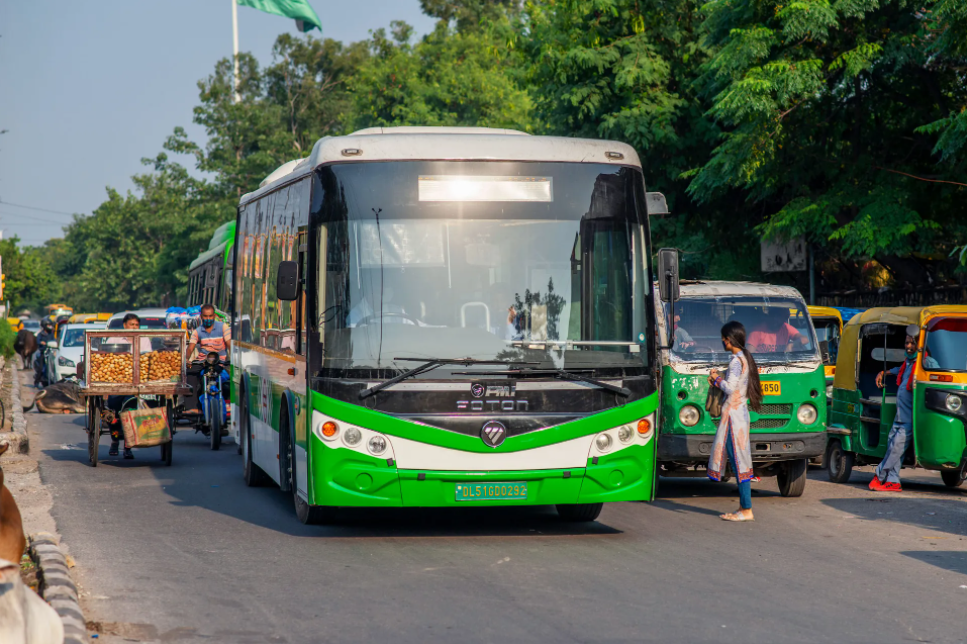 When It Comes to Buses, Will Hydrogen or Electric Win? – EQ Mag Pro 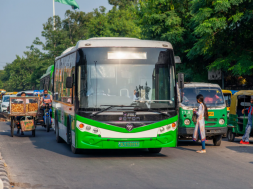 When It Comes to Buses, Will Hydrogen or Electric Win? – EQ Mag Pro

Clean transport needs clean vehicles. New power developments are crucial for a mass transit revolution, and each has pros and cons.

FINDING NEW WAYS to power the world’s vehicles has long been a vital component in tackling the climate crisis. When it comes to small passenger vehicles, there is little question that the future lies with battery electric cars, rather than ones driven by hydrogen fuel cells—the other viable alternative.

However, as the size of a vehicle increases, hydrogen can become an increasingly attractive option. For buses, some argue hydrogen power gives several key advantages over their battery electric counterparts. Which of them ultimately becomes the main technology in buses could have an influence on other forms of transport too.

Battery electric and hydrogen fuel cell vehicles have similar propulsion systems. Both store energy to power an electric motor. However, in the latter, energy stored as hydrogen is converted to electricity by the fuel cell, rather than being stored in a rechargeable battery.

Electric car sales reached 3 million in 2020, up 40 percent from 2019, with some 10 million electric cars now on the world’s roads. Registrations of hydrogen cars remain three orders of magnitude lower than this, and there are just 26,000 on the road globally, concentrated in three countries: Korea, the US (largely California), and Japan.

While there remain several hydrogen fuel cell cars available on the market, made by the likes of Toyota and Hyundai, they tend to be more expensive than battery electric cars and can currently be difficult to fuel: Hydrogen is costly to buy, and there are far fewer refueling stations than recharging points in most places.

But when it comes to larger vehicles, the picture is not quite so clear. As vehicles get bigger, it becomes harder to electrify them, with increasingly large batteries needed. For energy-intensive applications like long-haul trucks, some experts say hydrogen may be the best option.

Buses lie somewhere in between cars and trucks on this spectrum. “The massive issue is the mass of the buses,” says James Dixon, a researcher in modeling energy and transport systems at the University of Oxford. “Batteries have an energy density that is comparatively small: The energy density is around 1/40th of the energy density of a liquid hydrocarbon fuel, like petrol or diesel.” Hydrogen also has a relatively low energy density (the amount of energy that can be stored per unit volume mass or area)—around four to five times lower than petroleum fuels, but far higher than electric batteries, he adds.

China already has around 5,300 hydrogen fuel cell buses on its roads, the vast majority of the global fleet, but other countries are investing in the technology. Neil Collins, managing director of Northern Ireland-based bus manufacturer Wrightbus, says his company is technology agnostic and is making both battery electric and hydrogen fuel cell buses. It feeds journey data from its bus operator customers into a tool to model different driving cycles for its vehicles, to help them find the best technical solution for that particular route.

Advantages of hydrogen include shorter refueling times and an often larger tank range. But hydrogen technology and infrastructure is more expensive, says Collins, while the skill sets in the industry for using electric buses are also likely higher than for hydrogen. Dixon also notes that one concern about hydrogen has always been its safety. “It’s got quite wide flammability limits, and it’s notoriously difficult to keep in a pressurized container without it leaking,” he says. “In terms of infrastructure, electricity is a lot easier, because you don’t need liquid fuel trucks driving around.”

Still, hydrogen may be a better option in a city with lots of hills, like Hong Kong, where it’s also very warm and humid, says Collins. “That’s going to be a problem for electric buses, because the cooling and the hills are just going to drain the batteries,” he says. “But if the city is relatively flat, and the journey times are relatively short, and it’s not either significantly warm or significantly cold, battery electric can do a very good job.”

Some regions have become early adopters of hydrogen. Aberdeen has become a hydrogen hub after the council put in hydrogen filling stations which refuel road sweepers and waste trucks as well as buses and cars. The US has announced several programs to support the rollout of hydrogen refueling infrastructure, although electric buses are currently far more common.

But aside from the comparison during use, there are other considerations to keep in mind. Hydrogen is seen as a potential clean fuel because it can be made by electrolysis using clean electricity, and it has no greenhouse gas emissions at the source. The fossil fuel industry is also eyeing up “blue” hydrogen—making hydrogen using fossil fuels but capturing the carbon and storing it underground.

Currently, however, the vast majority of the world’s hydrogen supply comes from simply burning fossil fuels. In theory, blue hydrogen would allow for net zero emissions, but in practice studies have shown that emissions remain large. “The range of the proportion of emissions that are captured is normally somewhere between 40 and 80 percent presently,” says Dixon.

Hydrogen can be seen as a useful way to store surplus renewable energy, says Collins. Still, it is far less efficient to turn clean electricity into hydrogen than to simply use it directly in cars, says Dixon. Plus, the relatively small amount of clean hydrogen we produce may be needed in other sectors which are harder to electrify, such as long-distance transport and the steel industry. For all the potential of hydrogen buses, their deficiencies may ultimately outweigh their benefits.

“For my money, battery electric is the obvious answer for any transportation where you can feasibly do it, because of the efficiency gains,” says Dixon. “Unless you physically can’t electrify it, like a big ship or plane, then you sort of have a thermodynamic duty to do so, I think.”