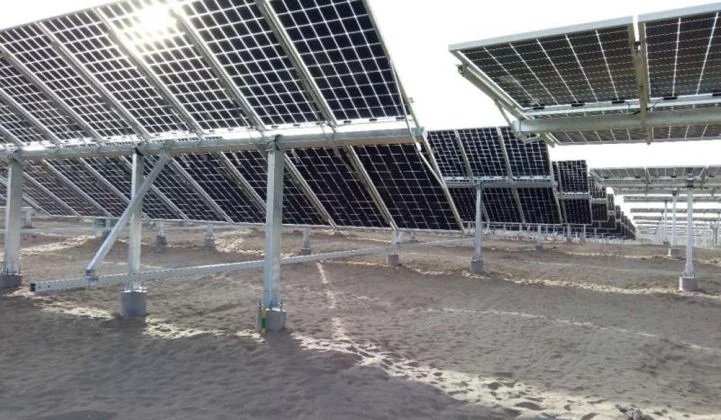 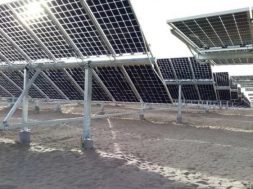 In a win for project developers, a court blocked the Trump administration from withdrawing a tariff exemption for imported bifacial solar modules.

A court has blocked the Trump administration’s decision in October to take away the tariff exemptions it granted bifacial solar modules earlier this year, offering a reprieve for U.S. solar developers — and a small but fast-growing portion of the solar industry.

In a Thursday order, the U.S. Court of International Trade agreed with renewables developer Invenergy and the Solar Energy Industries Association trade group that the U.S. Trade Representative had acted unlawfully when it withdrew its exemption for bifacial modules.

That’s because the USTR issued the withdrawal “with only 19 days’ notice to the public, without an opportunity for affected and/or interested parties to comment, and without a developed public record on which to base its decision,” in violation of the Administrative Procedure Act, the order states.

Thursday’s decision upholds a November temporary injunction from the court, leaving bifacial modules with the same exemption they were originally granted in June.

In other words, after two months of confusion for the solar industry, U.S. bifacial module tariff policies are back where they were this summer: exempt from the tariffs on most imported solar cells and modules imposed by the Trump administration in January 2018, as part of an ostensible bid to boost domestic solar manufacturing.

The decision will come as a welcome relief to U.S. solar developers that have been seeking options for higher-efficiency solar modules in a tariff-constrained environment. Invenergy’s initial filing to the court noted that it had entered into contracts based on the bifacial exemption and was shocked when the USTR abruptly withdrew them just months later.

It’s also a boon to companies that make bifacial modules, such as Trina Solar, Longi, LG and Yingli. Bifacial modules can generate electricity from light reflected upward onto their rear side as well as the side facing the sun, offering a slight but significant increase in efficiency.

From an installed capacity of only 97 megawatts globally in 2016, bifacial module deployments grew to over 2,600 megawatts in 2018 and are expected to reach 5,420 megawatts by year’s end, according to Wood Mackenzie Power & Renewables.

But as Xiaojing Sun, a senior solar analyst at WoodMac, noted in October, U.S. projects using bifacial modules were “just not going to be cost-competitive” without tariff exemptions.

Some companies with a significant U.S. manufacturing base or technologies exempt from tariffs, such as First Solar and Hanwha Q Cells, stand to lose from the bifacial module exemption.

Both First Solar and Hanwha opened factories in the U.S. in the wake of the 2018 Section 201 tariff decision and have argued that the exclusion undermines those trade protections.