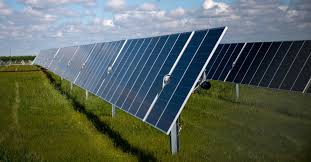 Why 2020 is a great year for green energy 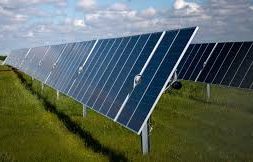 Why 2020 is a great year for green energy

Despite the massive disruptions brought about by the Covid-19 pandemic, which has led to losses, slowdowns, downsizing and bankruptcies in a lot of businesses, 2020 has been very good for the renewable energy market.

While oil companies are reeling from collapse of crude prices due to fall in demand, green energy like solar and wind are enjoying increased awareness and investment. The International Energy Agency (IEA) projects growth of renewable energy by seven per cent in 2020. The IEA also reports that shares in firms dealing in green energy have outperformed most major stock market indices. The value of shares in solar companies has more than doubled since December 2019.

In Kenya, we have not been left behind. Renewable energy, particularly solar has been the subject of intense and passionate discussions, particularly online.

This is leading to increased awareness, especially when it comes to addressing misconceptions and untruths about solar. Professionals in the industry are enjoying prominence on Twitter as they address misinformation with zeal, with their tweets being shared widely.

Recently, the Energy and Petroleum Regulatory Authority revised the rules and regulations on solar as it aims to streamline the manufacture, importation, design, installation, maintenance and repair of solar photovoltaic systems and components in Kenya.

This sparked heated social media debate, especially Twitter, where posts and comments were being shared and retweeted. The intensity of these discussions is testament enough of how far solar has come into mainstream prominence.

In terms of adoption, businesses are increasingly turning to solar as their main source of energy. When you see Kenya Power, a monopoly power distributor, raising the alarm over the rate at which these adoptions are eating into its businesses, then you know the adoption is becoming widespread. Big companies are making news by turning away from the national grid and relying on solar. The business case for such decisions include the need for cheap and reliable power.

Big power consumers account for 54.8 per cent of Kenya Power’s revenue. The continued loss of clients in this segment is making the power distributor to rethink its business strategy. One of the areas they are exploring is finding ways of also joining the solar bandwagon.

Internationally, one of the biggest casualties of 2020 is coal. The first six months of the year saw more coal power plants being retired than commissioned for the first time in history. Despite instituting policies seeking to protect the industry in the United States, such as rolling back Obama-era rules aimed at limiting coal plants, the United States has continued to witness decline in the use of coal.

Companies have continued the trend of bankruptcies and writing off their assets as coal is becoming more and more unprofitable compared to renewables. The largest privately owned coal company, Murray Energy Corp, filed for bankruptcy last year. This year has not been easy for the company in its quest to climb out of bankruptcy and stay competitive.

The Covid-19 has presented unique opportunities for countries to do more than just undo the effects of the pandemic. It has presented them with real chances to build back better and to rethink their development policies.

Governments have vowed after this crisis to build more equal, inclusive and sustainable economies and societies that are more resilient in the face of pandemics, climate change and other global challenges. One of the biggest winners of these recovery proposals is green energy, with the largest green recovery pledge being the EU’s. Out of its more that 1 trillion euros recovery budget, more than 550 billion euros will go towards green projects.

The writer is a lead communication Consultant at Commken Afrique Ltd.