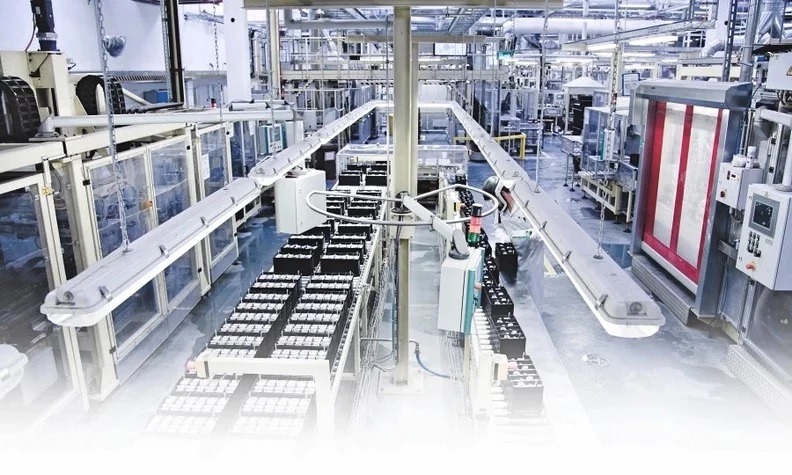 Why Clarios is sticking with lead-acid batteries 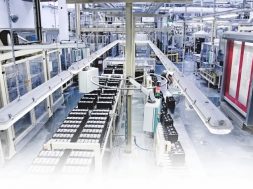 Why Clarios is sticking with lead-acid batteries

‘We’ve had quite a run so far’

The world’s biggest vehicle battery supplier believes it has more growing to do, even as the industry shifts from the combustion engines that those batteries start.

“We’ve had quite a run so far,” said Joe Walicki, president of the newly named company, speaking to reporters this month shortly after publicly traded Canadian investment house Brookfield Business Partners closed on its $13 billion acquisition of the Johnson Controls spinoff.

The Clarios name appeared overnight on office building signs and elevators at its suburban Milwaukee headquarters, where it still shares an employee cafeteria and nurses station with Johnson Controls Inc. But Brookfield will now take Clarios, with its $8 billion in global original equipment and aftermarket battery sales, on a growth plan beyond its current segment-leading size.

“We’re the world’s largest battery maker by a wide margin, compared to any of our competitors,” Walicki says. “But we feel that our race is far from run.”

Clarios President Joe Walicki: “We feel that our race is far from run.”

Clarios knows electrification is poised to rewrite vehicle powertrains over the coming decade. But the supplier is not talking about plunging into EV battery modules with the likes of Samsung, Panasonic, LG Chem and A123 Systems. Instead, Walicki says Clarios’ strategy is to stick to its lead-acid guns.

The company is betting on growing demand for two emerging technologies in lead-acid. One is known as absorbent glass mat, a hardier battery to support vehicles with stop-start systems. The other is known as an enhanced flooded battery, built for an extended life, with a larger number of charging cycles.

“We make one in three batteries globally today,” Walicki says. “But as you move toward these advanced batteries, that’s where the demand is going up significantly. We make one in two — and growing. That’s what the future is going to demand.

“Today we have more capacity than all of our competitors in the world combined to produce these advanced batteries,” he says.

Lead-acid demand
Walicki believes Clarios will enjoy a strong market tailwind. Globally, an estimated 1.4 billion vehicles are on the road today, including commercial trucks. Almost all of them use lead-acid batteries. By 2030, the vehicle population is forecast to reach 2 billion, with fewer than 10 percent being battery-electric, he says.

That vehicle population increase represents an expansion in demand for lead-acid batteries, he says. And as it happens, the industry will move deeper into the advanced lead-acid products that Clarios is counting on, which offer the supplier a higher revenue return and a higher profit margin.

The partnership is using Clarios’ Meadowbrook lithium ion plant in Holland, Mich., to produce batteries for customers in various world markets. Once that plant is up and running, Clarios expects to export its products to China, Walicki says.

The partnership will produce a dual- volt battery solution that pairs a large absorbent glass mat battery with a 12-volt lithium ion battery. The lithium ion part of the system will power vehicle functions but not start the vehicle.

Walicki believes there will be many more such dual-volt systems in the coming years, and Clarios will continue to invest in more partnerships like the Michigan plant with Toshiba, as well as in additional emerging battery chemistries other than lithium ion.

But lead-acid is the big bet for the company, he emphasizes.

“We really feel like we need to stay centered now and not lose our focus,” Walicki says, “and be good at what the world wants us to be good at.”

Newly named Clarios, the world’s largest battery maker, is positioning itself to get even bigger.