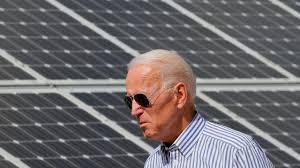 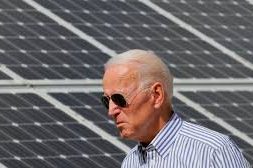 Joe Biden ran his campaign on the most ambitious climate platform of any presidential candidate in history. President Biden has accomplished more on climate change in his first eight days than most presidents accomplish in their entire terms in office. But do these plays position team Biden to win the long game? Let’s review the action during President Biden’s first week with the ball.

In my post-election commentary, I suggested a strategy based on three principles and 10 priorities. How is Team Biden doing against that yardstick?

At the level of guiding principles, Biden’s game plan is fully on track:

A great game plan is useless if the team can’t execute the plays. What can we learn from Team Biden’s initial drive?

1. Commit to an ambitious cut in total U.S. greenhouse gas emissions by 2030.

President Biden took action to rejoin the Paris Agreement on climate change on his first day in office and announced that he will host a Leaders’ Climate Summit on April 22, 2021. His executive order on climate change directs his administration to update the U.S. Nationally Determined Contribution (NDC) to the Paris Agreement in advance of the Leaders’ Summit, initiating a hurry-up offense to set a 2030 emissions-reduction target.

While we don’t yet know where that target will land, John Kerry, the new Special Presidential Envoy for Climate, in his first day on the job called on all countries to raise their ambition, including the United States. Our analysis suggests that with bold leadership by states, cities and businesses, and Congressional action, the Biden administration should aim for an ambitious emissions target, such as a 50% reduction by 2030 from 2005 levels.

2. Pass a major climate-smart stimulus package to build back better from COVID-19.

In the week before he took office, President Biden proposed a $1.9 trillion American Rescue Plan to speed up vaccinations against COVID-19, increase direct individual stimulus payments from $600 to $2,000, extend unemployment benefits, and provide support to state and local governments to keep essential workers on the job. In the same speech, he said that he would follow the Rescue Plan next month with a call for Congress to act on his Build Back Better Economic Recovery Plan to invest in infrastructure, manufacturing and clean energy. With Democrats taking control of the Senate as a result of the January 6 special election runoff in Georgia, the prospects for enacting a bold, climate-smart investment package have greatly improved.

President Biden directed the U.S. Environmental Protection Agency to propose new greenhouse gas emissions standards for passenger vehicles by July 2021 and directed the federal government to purchase all zero-emission vehicles for its own fleet. The next day, General Motors announced that it would sell only zero-emission electric vehicles by 2035, which will help transform the auto industry and could clear the way for a federal requirement that all automakers meet such a zero-emissions vehicle standard.

The day before President Biden’s inauguration, the DC Circuit Court of Appeals vacated the Trump Administration’s so-called Affordable Clean Energy Rule (also known as the “Dirty Power Plan”) and ordered EPA to write new standards for carbon dioxide emissions from power plants. The tightly reasoned majority opinion strongly endorses the electricity system-wide approach to setting standards used in the Obama administration’s original Clean Power Plan. That clears the decks for EPA to write a stronger version given the dramatic reductions in the cost of solar, wind and batteries seen over the last six years.

The fate of a new Clean Power Plan will likely be decided by the Supreme Court, so it would be even better if Congress enacted a clean electricity standard to quickly provide regulatory certainty. Meanwhile, President Biden directed the federal government to use all available procurement authority to help achieve a carbon-free electricity sector no later than 2035, as well as to take steps to increase renewable energy generation on federal lands and offshore.

In a rare moment of bipartisanship, Congress enacted a $2.3 trillion omnibus COVID relief and appropriations bill at the end of 2020. Tucked into the legislation’s 5,000-plus pages are provisions to phase down the use of super-polluting HFCs on a schedule consistent with the provisions of the Kigali amendments to the Montreal Protocol. This ensures that the United States will comply with the agreement whether or not the Senate ratifies it. It also provides the foundation for President Biden and his administration to press other major countries, particularly China and India, to follow suit. If globally implemented, the Kigali amendments alone would reduce projected global warming by as much as .5 degrees Celsius by the end of this century.

Biden also directed EPA to issue a new proposed rule to control methane emissions from oil and gas operations by September 2021. Methane, the main constituent of natural gas, is another super pollutant with more than 80 times the heat-trapping impact of carbon dioxide over a 20-year period.

6. Set appliance and equipment standards to replace fossil fuels with electricity whenever feasible.

On his first day in office, Biden directed the Department of Energy to propose major revisions to the process for setting appliance and equipment standards by March 2021 and to make a final determination on updating commercial building codes by May 2021. He also directed the government to use its purchasing power to expand the market for clean energy buildings.

While he has not been specific about which materials to address, Biden’s executive order on procurement calls on the government to create demand for “necessary products and materials” to achieve decarbonization.

Climate projections show that we’ll need to remove billions of metric tons of carbon dioxide from the air annually by 2050 in order to reach net-zero emissions, as Biden promised to do on the campaign trail. To that end, President Biden set a goal of conserving 30% of U.S. lands and waters by 2030 and directed the Departments of Agriculture and Interior to establish a Civilian Climate Corps and enhance nature-based climate solutions. We will also need to pursue technological carbon removal technologies, such as direct air capture of carbon dioxide and blue hydrogen, as Energy Secretary nominee Jennifer Granholm told the Senate Energy Committee. And Jennifer Wilcox, former WRI Senior Fellow in our carbon removal program, was sworn in as Principal Deputy Assistant Secretary of Energy for fossil energy on Day 1, where her portfolio will include carbon management along with research and development on emerging technologies.

In addition to taking action to rejoin the Paris  Agreement on Day 1, President Biden appointed former Secretary of State John Kerry as the first ever Special Presidential Envoy for Climate, with a seat on the National Security Council; announced that he will host a Leaders’ Climate Summit on April 22; signed an executive order “putting the climate crisis at the center of United States foreign policy and national security;” directed the Secretary of State and Secretary of Treasury to develop a climate finance plan; and requested a National Intelligence Estimate on the implications of climate change. If he follows up with a strong 2030 target and significant increases in international climate funding in time for the Climate Leaders’ Summit, Biden’s leadership position in global climate diplomacy will be firmly established.

President Biden has not commented on taxing carbon pollution since taking office, but his pick for Treasury Secretary, Janet Yellen, could offer some clues. Secretary Yellen was a founding member of the Climate Leadership Council, which advocates for a revenue-neutral carbon tax and dividend policy. (WRI is a member.) President Biden has directed federal agencies to take all steps within their authority to end fossil fuel subsidies, which is another step in the right direction. It remains unclear if the votes will line up to get carbon pricing through Congress, but a large number of climate leaders from across the political spectrum will likely continue to push for carbon pricing in some form to reduce emissions.

The actions outlined above are just a taste of what President Biden set in motion in his first days in office. Other important actions include putting science back at the center of U.S. policymaking and introducing a new framework that would allocate $10 billion to the Federal Emergency Management Agency (FEMA) for preventative measures to protect communities from natural disasters related to climate change.

Biden’s climate blitz put points on the board in his first possession. Now comes the hard part — grinding out the ground game to keep taking tons of greenhouse gases out of the atmosphere. President Biden has a great team and game plan to help achieve the vision of the Paris Agreement, while creating jobs and recharging the U.S. economy to meet the needs of the 21st century.