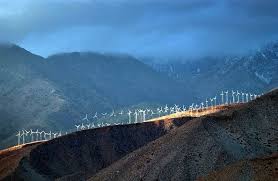 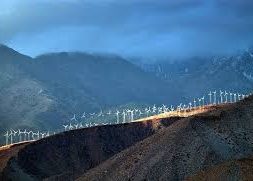 In the midst of otherwise depressing developments in the progress of climate change, one bit of good news shines through: The economics of renewable energy have been improving fast — especially those of onshore wind and utility-scale solar power. A new analysis of the levelized cost of energy from Lazard, the company I work for, shows that over the past year the cost of generating energy from wind projects fell by 4% and large solar projects by 7%.

The levelized cost of any particular energy technology is the break-even price that companies investing in that technology need in order to see a competitive rate of return. In the case of both utility-scale solar and onshore wind power, this rate has dropped to about $40 per megawatt hour — which is lower than the cost of building new power plants that burn natural gas or coal. It’s even close to being competitive with the marginal costs of running the coal and nuclear plants we already have.

Many forces have brought about this change, including steady improvements in technology and reductions in capital costs. And while the rate of decline has slowed a bit lately, especially for onshore wind (now dropping about 7% a year), costs for solar power at large scale have continued to fall rapidly (about 13% a year) for the past five years.

These trends are even starker when you take into account federal incentives for renewable energy. With government subsidies, the average costs of onshore wind ($28 per megawatt hour) and utility-scale solar ($36/MWh) are roughly equivalent to those of coal and nuclear generation ($34/MWh and $29/MWh, respectively). With the federal incentives, building new wind and solar facilities makes more sense than continuing to run old coal and nuclear plants. That is to say, we can reduce fossil-fuel consumption without undue economic disruption. Several caveats are important. First, renewable-energy prices aren’t as favorable everywhere; regional differences in availability and fuel costs matter.

Second, the cost-competitiveness of certain renewable energy technologies doesn’t mean that they alone can provide all the power that’s needed. A variety of technologies will still be required for the foreseeable future. Wind- and solar-energy production is invariably intermittent, so is best complemented by conventional-generation technologies, of which combined-cycle natural gas typically remains the most cost-effective (and emits less carbon dioxide than coal does). Third, in order to be able to use more wind and solar power, we’ll need to improve our ability to store that power. The good news here is that the costs of lithium-ion battery technology are falling, and at a faster pace than those of other storage technologies, Lazard has found.

The overall news is encouraging: While we’ll need to rely on conventional energy technologies, the cost of solar and wind, and of energy storage, are also falling. This augurs well for the prospect of cutting carbon emissions without painful economic consequences.

Peter R. Orszag is a Bloomberg Opinion columnist. He is the chief executive officer of financial advisory at Lazard. He was director of the Office of Management and Budget from 2009 to 2010, and director of the Congressional Budget Office from 2007 to 2008.