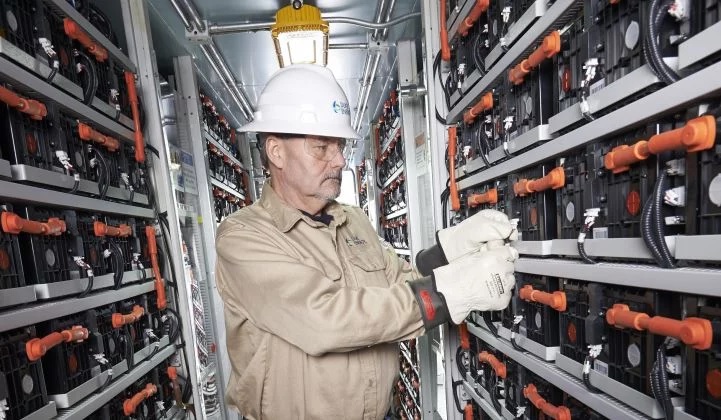 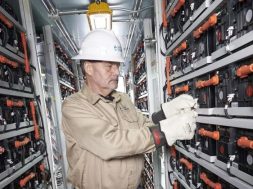 The 2020s are the decade when the energy storage market comes of age—with potentially profound implications for the global energy system.

The global energy storage market quadrupled last year to 4 gigawatts of new installations and will surge to a 15-gigawatt annual market in 2024, even as system price declines slow down, according to Wood Mackenzie.

The energy storage industry begins the new decade in the midst of a rapid transformation from a niche market to one at the center of the global energy transition. Most grid-scale projects built over the past decade were limited to shorter-duration applications, such as ancillary services for the grid, the “lowest-hanging fruit of the storage tree,” a new WoodMac research note says.

But the market has seen a rash of major project announcements recently, driven in particular by the U.S., where developers are increasingly pairing large-scale solar arrays with batteries. NextEra Energy, North America’s leading renewables developer, is adding substantial storage capacity through both its regulated Florida utility and its independent generation arm.

Meanwhile, Google’s blockbuster solar-plus-storage deal last month with NV Energy could blaze a trail for other companies looking to meet their real-time energy needs with renewables. Shortly afterward, Daimler announced a deal with Norwegian power firm Statkraft to cover its 24/7 electricity demand in Germany with renewables.

“If this catches on among other climate-forward corporations, the upside could be huge [for storage],” said Daniel Finn-Foley, WoodMac’s head of energy storage, of the Google deal.

Storage developers still face challenges in getting paid for all the various services a battery can offer the grid. But the industry is in the “enviable position of juggling growth game-changers from multiple directions,” Finn-Foley observed.

“Plunging costs drove speculation in the first scaled markets, but as price declines enter a steadier rate, further recognition of storage’s value — rather than cost — will be the key factor in determining growth,” he said.

While the cost of energy storage systems fell by double-digit percentages regularly through the middle part of the last decade, the decline has moderated in recent years. System prices fell by around 6 percent last year, and that’s more or less the trajectory the industry can expect for the foreseeable future, WoodMac says.

Finn-Foley highlighted several other trends that will shape the energy storage industry in the decade ahead, including:

One “gray swan risk” for the market, Finn-Foley warned, is the potential for supply-chain shortages and commodity dynamics — factors that delayed a number of storage projects planned for completion in 2018-2019.

The stationary energy storage market has the “benefit and complication” of having a supply chain that overlaps with the EV and consumer electronics industries, Finn-Foley noted. “This has the spectacular benefit of piggy-backing learning curves for lithium-ion batteries, but it also ties the industry more closely to the research, development and innovation goals of these other parallel spaces.”

Some areas of intense focus for EV makers, including battery weight and energy density, may not be as important for grid storage developers, he said.