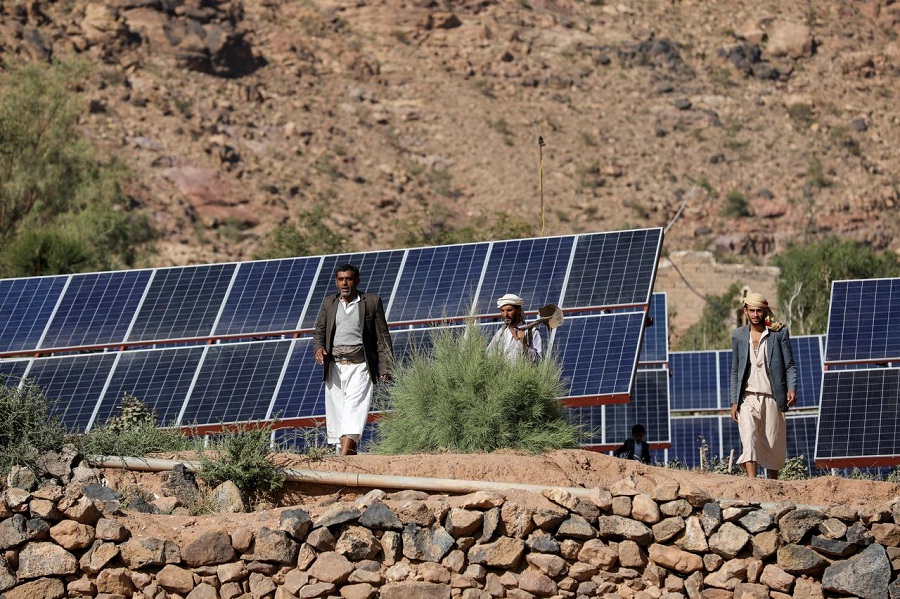 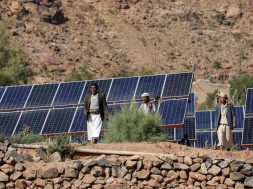 SANAA : When electricity was cut to Yemen’s capital four years ago after war broke out, Ebrahim al-Faqih saw a gap in the market and started selling solar panels.

Faqih is part of a booming solar sector transforming lives and energy sustainability in Yemen, a poor country with scant rural power access even before conflict knocked out most of the national grid.

“Even people who used to work selling food moved to work in solar energy because of the high demand,” Faqih said from his shop in Sanaa selling solar water heaters and panels imported from India and China.

The United Nations estimates that only 10% of the population had access to electricity after the conflict began.

Many areas need pumps to bring drinking and irrigation water to the surface and fuel shortages have also made water hard to come by.

“Electricity these days isn’t just for lighting — electricity is life,” said Muhammad Yahya, whose home in Sanaa is powered by rooftop solar panels.

He sees solar energy as a stop-gap measure for those who can get it and hopes everyone will have mains electricity when the war ends.

Sanaa is controlled by the Houthi movement, which ousted internationally-recognized President Abd-Rabbu Mansour Hadi from power in the capital in 2014. A Saudi-led coalition intervened in 2015 and has carried out thousands of air strikes.

There is no state power supply to Sanaa and many other areas, and buying a diesel generator or hooking up to a neighborhood generator is polluting and too expensive for many people.

He wants tax reforms to encourage solar energy use, and loans for farmers to buy solar systems.

South of the capital in the Houthi-controlled rural Dhamar area, Omar Homadi farms vegetables, corn and the narcotic green leaf qat. He could not cover the cost of diesel to irrigate his land, so he bought a solar-powered pump.

“Our land had dried up but now it has come back to life thanks to the solar energy,” he said.

Dhamar’s water production had fallen to 30 percent of pre-war levels, said Muhammad Ali al-Habshi of the local water authority, but has returned to 70-80 of pre-war capacity thanks to solar projects supported by international donors.

“People used to get water every 10-12 days, now it is every three days … Solar energy was like a dream.”