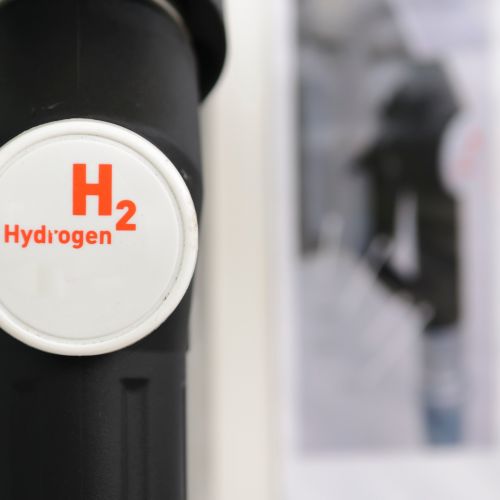 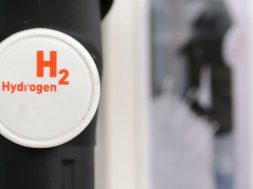 Green hydrogen exceeded expectations in 2020 with a spate of huge projects, binding deployment targets and a handful of gigafactories.

Among other things, which shall remain nameless, 2020 has been notable for the rush of activity in the green hydrogen space.

Using renewable-powered electrolyzers to create low-carbon hydrogen can squeeze emissions out of sectors where direct electrification isn’t going to cut it. Green hydrogen could replace methane to generate heat or power. It could replace high-carbon, or gray, hydrogen in a number of industrial and chemical processes. It could even be used as a fuel in heavy transport.

As 2020 unfurled and then unraveled, climate change mitigation ambition ramped up. “Green recovery” emerged as a favored approach to stoking flagging economies — tackling the unparalleled challenge of climate change to invest our way out of an unrivaled economic test.

Even prior to the coronavirus pandemic, there were clues that green hydrogen might shift up the agenda. Rob Gibson is the whole system and gas supply manager for National Grid Electricity System Operator in the U.K. He has been tracking the contribution of gas, including hydrogen, for the operator’s 2050 Future Energy Scenarios. When the country was working with a target of 80 percent emissions reduction by 2050, hydrogen had a smaller role in those forecasts.

When the country first set out the net-zero goal in June 2019, that changed, Gibson told GTM in a recent interview. Economies face a much more costly path to decarbonizing the final 10 to 20 percent of their emissions, making hydrogen a cost-effective alternative for reaching 100 percent carbon-free goals.

It’s a trend now repeating around Europe, with other markets not far behind. Wood Mackenzie declared the 2020s the decade of hydrogen. This is how it began.

1) EU Target: Perhaps the most direct and tangible driver for demand is the EU’s target to deploy 40 gigawatts of electrolyzers within its own borders by 2030 and another 40 GW in neighboring countries. The plans, revealed in July, are a pretty clear signal for the whole green hydrogen value chain to get thinking on how to deliver on the infrastructure to make use of the immense production capacity implied. The ambitious plans range from exporting green hydrogen from North Africa to testing the potential for offshore floating wind turbines and electrolyzers to pump hydrogen molecules rather than electrons back to shore.

2) U.K. Policy: With offshore wind an obvious path to bumper renewable output, it makes sense that the sector’s leading market, the U.K., would also be looking to the seas for green hydrogen supplies. As the government began to flesh out how it will deliver on its net-zero goal, it set a new 5-gigawatt “low-carbon” target in November. That leaves the door open to more traditional hydrogen production methods with carbon capture technology used to mitigate the majority of the emissions, called “blue” hydrogen. How that blue/green split works out depends on who you ask. In the long term, the efficiency of the carbon capture and storage technology used will make all the difference. If the CCS is 80 percent effective, that leaves 20 percent to offset, which is not ideal. National Grid’s Gibson suggests some may choose to sidestep blue and skip to green in order to avoid investing twice.

3) Demand from the sector: There’s plenty of demand coming directly from industry, and initiatives to cooperate on scaling up production have sprung up. Perhaps the most significant is the seven-strong Green Hydrogen Catapult formed in December. Members include giant Saudi Arabian IPP ACWA Power, offshore wind developer Ørsted, Chinese wind turbine OEM Envision and Italian gas grid firm Snam. They plan to deploy 25 gigawatts of green hydrogen globally by 2026.

4) Planes, trains and automobiles (plus trucks and ships): The transport sector is also sending signals that it will be creating hydrogen demand. Even two of the sectors that will be hardest to decarbonize are making progress. Hydrogen offers both aviation and marine transport a route to lower carbon, with examples this year ranging from ammonia for shipping fuel to fuel cells for propeller aircraft, as developed by ZeroAvia. Back on land, truck manufacturers in Europe advanced the target date for an end to diesel engine manufacturing by a decade, and the EU will offer hydrogen and electric trucks incentives to use Europe’s roads.

It has not by any stretch of the imagination been a year of mere policy grandstanding. A number of sizable projects have been announced too.

5) Shell’s hydrogen valley: Shell kick-started a busy year in hydrogen in February when it, Dutch gas grid operator Gasunie and the Port of Groningen launched the NortH2 consortium. It plans to develop a “European Hydrogen Valley” — a take on the Silicon Valley trope — with as much as 10 gigawatts of dedicated offshore wind capacity in place by 2040, after an initial ramp of 3 to 4 gigawatts. In July, Shell won a 759 MW offshore wind tender along with Dutch utility Eneco. The pair plan to build a super-hybrid project combining the offshore turbines with elements of solar, storage and hydrogen production. In December the firm invested in the aforementioned ZeroAvia.

6) Ammonia export hub proposed: In May, Lightsource BP revealed it was exploring the potential for an electrolyzer and ammonia production hub in Australia powered by 1.5 GW of solar and wind. The ammonia would be exported by ship.

7) Saudi project plants a marker: Outside of the usual oil, gas and power sector players, the green hydrogen sector is opening the doors to chemicals firms as well. In July U.S. industrial firm Air Products joined forces with ACWA Power in Saudi Arabia to develop a 4 GW green hydrogen and ammonia facility. They expect the first ammonia to produced in 2025.

8) Ineos joins the race: Chemicals and oil products giant Ineos established a green hydrogen unit in November and told GTM its ambition is to produce the cheapest green hydrogen globally.

9) Electrolyzer gigafactory plans: All of these projects and broader policy objectives require the build-out of a substantial supply chain. Electrolyzer gigafactories are planned on both sides of the Atlantic. In Europe, specialists like Nel and ITM Power are scaling up, while major industrials like Siemens and thyssenkrupp are throwing their weight behind the sector too. In this GTM Squared piece, we spoke to some of those hoping to reap the rewards by supplying the tools required to make green hydrogen a fully scaled reality.

10) Plug Power gets huge investment: In the U.S., Plug Power raised $1 billion to build out a manufacturing footprint that would produce both fuel cells and electrolyzers to provide the fuel its 40,000 forklifts need. Electrolyzers would be deployed across five sites in the U.S. The company is also looking at hydrogen-fueled ground-support vehicles for airports, industrial robotics and stationary power provision for data centers and other applications.