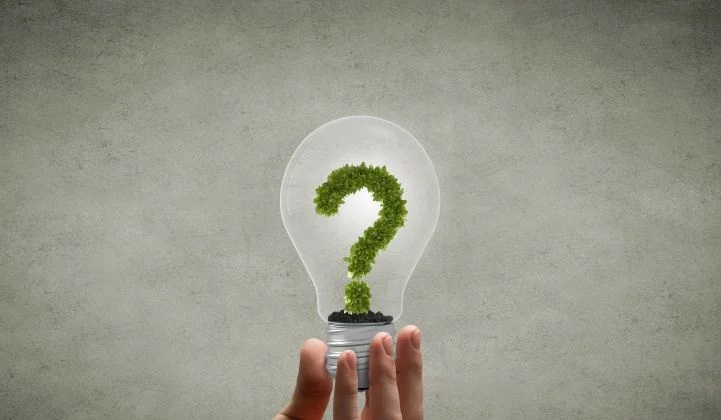 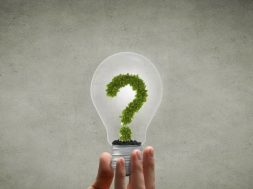 Even COVID-19 didn’t lock down the ingenuity of energy entrepreneurs this year.

It’s been a remarkably business-as-usual year for renewables, despite the societal upheaval wrought by the coronavirus pandemic. Most of our headlines this year have still been about conventional renewable segments such as solar and energy storage.

On the margins, virtual power plants have gone mainstream and green hydrogen has emerged as the energy carrier of choice for tomorrow’s fuel systems. But COVID-19 did little to dampen enthusiasm for more arcane energy concepts.

What follows is a selection of would-be energy technologies we filed under “?” in 2020.

As the renewables industry ponders what to do with end-of-life PV panels, Filipino engineering student Carvey Ehren Maigue has turned heads with an invention that uses crop waste as the basis for a new form of solar cell.

Maigue’s AuREUS (for Aurora Renewable Energy and UV Sequestration) vegetable-based panels are tinted films that can be applied to existing surfaces, such as walls and windows.

They degrade incident ultraviolet light to visible wavelengths that are reflected to the edges of the panel and converted to electricity using standard PV cells.

AuREUS’ ability to capture diffuse ultraviolet rays is said to deliver a capacity factor of up to 50 percent, compared to a maximum of around 25 percent for PV. The conversion efficiency of the system is unclear, although a 3-by-2-foot panel can apparently recharge two phones in a day.

If commercialized, AuREUS looks destined to compete in the building-integrated PV sector, which GTM readers will remember as having a fairly checkered history.

For now, though, Maigue’s colorful creation has at least earned him a James Dyson Award and mentions in media outlets ranging from Dezeen to Bored Panda.

Concerns over the lithium-ion battery supply chain did not disappear in 2020. If anything, the galloping pace of energy storage installations heightened the need to improve recycling and seek alternatives.

Among the latter is Salient Energy, which emerged from Shell’s GameChanger program in December with a zinc-ion battery chemistry said to be cheaper, safer and longer-lasting than anything else on the market.

Salient isn’t the only company looking to use zinc as the basis for stationary storage systems: 12-year-old Eos Energy Storage, which touts a similar battery recipe, raised millions in a Nasdaq listing last month.

But Salient claims its proprietary cathode materials store energy in zinc in “a way that has never been commercialized before.”

“Our team works tirelessly to prove that our zinc-ion battery is capable of outshining and replacing the lithium-ion battery,” said Ryan Brown, CEO and co-founder, in a press release.

Until ships can work with carbon-free fuels such as green hydrogen or ammonia, the shipping industry’s best hope for carbon reduction comes from improving the efficiency of fossil-fuel use.

Looking to address this issue is Puerto Rican startup ReSynth (or ‘Re-Synth’: The company doesn’t seem to have a clear rule on how to spell its own name), which specializes in “fuel enhancement” to reduce greenhouse gas concentrations from diesel and marine oils.

“Re-Synth has added 20 percent to 30 percent of water into the fuel, keeping the efficiency at 100 percent,” explained Chief Operating Officer Antonio Colón-Semidey in an online message.

The fuel emulsion cuts sulfur and nitrous oxide emissions as well as carbon, he said. Plus it has been approved by the U.S. Environmental Protection Agency, the Department of Energy and the U.S. Coast Guard, and works with engines from major manufacturers such as Wärtsilä and Caterpillar.

While debate rumbles on over the relative merits of vertical-axis wind turbines versus horizontal-axis machines, Spanish firm Vortex Bladeless thinks it can do away with axes altogether.

Taking inspiration from the 1940 Tacoma Narrows Bridge collapse, the company is looking to harness vortex-induced vibration energy with what essentially looks like an upright pole.

Vortex Bladeless was founded in 2014, but 2020 saw it achieving a couple of notable milestones, according to the company’s blog. In particular, it launched a small-scale product, less than three feet tall, to compete with low-power off-grid PV.

Two of these Vortex Nano devices have been installed atop the Spanish government’s Renewable Energy Development Center (Centro de Desarrollo de Energías Renovables) in Soria and Vortex is hoping to distribute around 100 more to test partners worldwide in 2021.

Although offshore wind is increasingly eyeing green hydrogen as a storage option, the team behind the Ocean Grazer concept, based at the University of Groningen in the Netherlands, thinks a seabed-based version of pumped hydro could play a role as well.

The team’s Ocean Battery stores energy by pumping fresh water into flexible bladders that are deflated by the pressure of the seawater column when power is needed.

Subsea pumped storage has been proposed by organizations such as the Fraunhofer Institute in Germany, Hydrostor in Canada and Subhydro of Norway with little success to date, so it remains to be seen how far Ocean Grazer can get with the idea.

So far, at least, the Groningen team has picked up a couple of awards and started work on a prototype in 2020.

Alberta-based Eavor Technologies, a sometime Political Climate sponsor, is looking to produce baseload power using a concept that has a lot in common with a device you may already have in your home: the radiator.

In Eavor’s case, though, the heat won’t come from your home boiler but from the center of the earth, via a closed-loop pipe system sunk 1.5 miles into the ground.

The company believes one of its Eavor-Loop systems could heat 16,000 homes or produce industrial-scale electricity via heat-to-power engines.

Eavor has been operating a demo project in Canada since 2019 and this month got approval to start drilling a commercial-scale plant for German power company Enex in Bavaria, Germany, according to local reports.