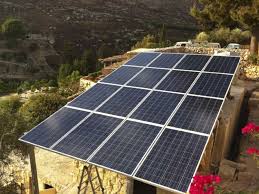 As small-scale renewable energy solutions have become mainstream across African households over the past decade, one of the key drivers has been easing the financial access barrier for end users.

In the past, the sheer cost of purchasing full range solar energy units typically put them out the reach of millions across the continent—including some of those who need them the most.

But the falling prices of solar panels combined with scalable payments software and device metering technology now mean solar-powered devices can be made affordable both for initial purchase and follow-on micro payments linked to usage in pay-as-you-go offerings.

With a significant amount of users in low-income households, solutions that make these devices more affordable has been pivotal, according to development analysts and come with a lot of upside. It’s a view that’s increasingly shared by renewable energy investors as well, as is evident from the latest investment in Angaza—a software provider that enables solar power device makers and distributors offer pay-as-you-go consumer services.

The eight-year old startup has raised $13.5 million in a Series B funding round led by KawiSafi Ventures, an East Africa-based energy impact fund, with participation from Total Carbon Neutrality Ventures, the investment arm of French energy giant, Total. Existing investors including Ajax Strategies, Emerson Collective, Rethink Impact, and Salesforce Ventures also participated in the round. It follows a $10.5 million Series A round in 2017 for the San Francisco-based Angaza, whose technology is deployed in 33 African countries so far.

Angaza’s mobile app serves as a point of sales tool that allows sales agents of distributors of solar-powered devices collect and manage payments as well as customer data from users. The company also provides metering and monitoring technology that manufacturers of solar-powered products can embed in their devices and remotely power them based on customers’ payments status and, when necessary, collect usage and diagnostics data.

While some manufacturers make devices and also build customized software and technology in-house to power them, it is a time and cost-intensive process which several others are unable to do. “This was a big gap in the market that we identified,” says Lesley Marincola, CEO of Angaza. “Distributors really need to digitize their operations and automate a lot of work-flows, be able to make mobile money payments and track those automatically—and there just wasn’t a complete software solution to do all of that,” she tells Quartz Africa.

Solutions that boost access to electricity across Africa will prove particularly timely this year as latest data from the International Energy Agency’s (IEA) World Energy Outlook shows the number of people living without electricity in Africa is set to increase for the first time in eight years, largely due to Covid-19 related challenges.

“We see distributors offering solar home systems on credit which the end user can pay off over six to 18 months and develop a credit history in the system. [Because] they know that customer will pay, they can start offering subsequent loans or products that have a higher value.”