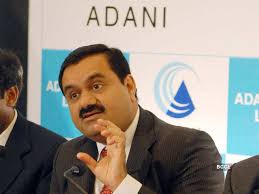 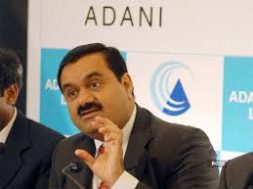 “We have headroom for diluting 10-15 per cent stake in Adani Green Energy,” he said on a call to announce Adani Green Energy winning the world’s largest solar order to build 8 GW of photovoltaic (PV) power plant along with a domestic solar panel manufacturing unit at an investment of Rs 45,000 crore.

Promoters holds 75 per cent of Adani Green Energy and can dilute 10-15 per cent, he said.

Foreign investors are interested in investing in renewable energy in India with local partners, he said.

“Couple of more partners are also talking to us (for Adani Green Energy),” he said without giving details. Adani Green, which is the clean energy arm of the conglomerate, aims to scale up capacity to 25 GW by 2025. With the latest contract, its portfolio has grown to 15 GW and the rm hopes to win contracts for another 10 GW this year, he said.

Adani said the Rs 45,000 crore or USD 6 billion investment in the 8 GW solar projects and 2 GW of solar panel manufacturing units will be funded through a combination of debt and equity.

He expressed condence of procuring debt for the project over the next ve years.

“Adani Green Energy is the only renewable company outside of OECD countries which enjoys credit rating equal to the sovereign,” he said adding the company was well-equipped to fund the projects.

Total had previously bought a 37.5 per cent stake in the group’s other company, Adani Gas Ltd. The two companies plan to invest in infrastructure and assets worth over USD 1 billion, which span LNG infrastructure and marketing and fuel retail business.