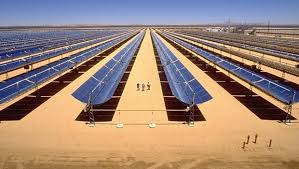 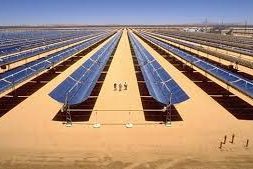 A credit agreement for the construction of Se San 4 solar power plant worth EUR 24.2 million has been inked between the Viet Nam Electricity (EVN) and the French Development Agency (AFD).

The solar power plant, with the designed capacity of 49 MWp, will be built in the Central Highlands province of Gia Lai. The AFD will sponsor the whole project’s EPC (Engineering, procurement and construction) value.

Besides Se San 4 solar power project, AFD has pledged funding the construction of Ialy Hydropower Plant Expansion project and the establishment of electricity grid in the South serving the clearance of renewable energy sources without Government guaranty.

Speaking at the signing ceremony, Deputy General Director of EVN Nguyen Xuan Nam said that the EVN appreciates the sponsor and cooperation of the AFD in arranging loans without Government guaranty for power projects amid the public debt ceiling and the Vietnamese Government tightening and tending to completely stop providing guarantees for EVN’s power projects.

The AFD is a public financial institution that implements the policy defined by the French Government. It provides non-refundable aid and loans for State organizations and enterprises with the aim of reducing emissions and climate change adaption.

At present, the AFD is the first and sole sponsor that supplies loans without Government guaranty for the EVN to launch power projects.

The first loan without Government guaranty of the AFD is to fund US$100 million for building Houi Quang hydropower plant, which was signed in 2010.