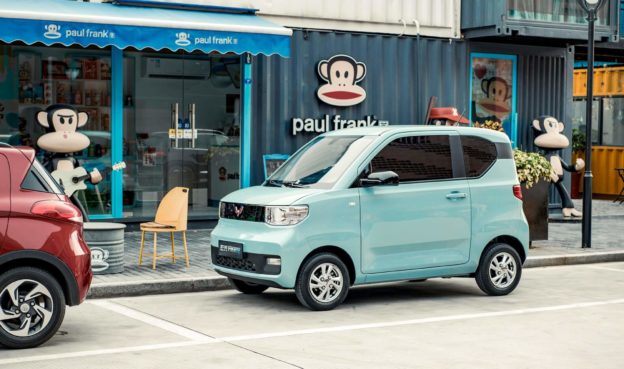 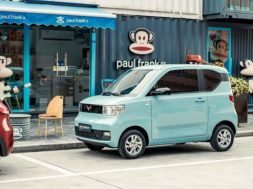 While domestic-made Model 3 had sold like hotcakes in China, Wuling’s mini EV overtook Tesla’s yearly sales in a mere three months by touting rock-bottom prices, more specifically, at a wallet-friendly ¥30,000.

Of all martial arts in the world, only the fast ones are unassailable – or so a similar saying in Chinese goes. But in the automotive market, speed is anything but king. A quick look at the bestsellers throughout history makes it clear that affordability trumps all else. For instance, while the Model 3 had initially been priced at ¥500,000 in China, it subsequently saw soaring sales thanks to successive price cuts down to ¥250,000 for base models. However, Wuling Hongguang priced their Mini EV at a cutthroat ¥28,000 the moment the model is commercially available, sweeping the market faster than Yngwie sweeps strings.

Wuling Hongguang’s Mini EV sold more than 14,000 units in September 2020, the month it was released, 20,000 in October, and 30,000 in November, during which it set a record of 2,000 units sold within a single day. In the Chinese market, the Mini EV surpassed Tesla in sales for three consecutive months and immediately overtook the latter’s yearly sales, serving as proof to the power of aggressive pricing.

This is a strange yet normal four-wheel EV.

Difficult enough as it is to imagine that, in the year 2020, a major automaker (Wuling Motors is a joint venture between SAIC Motor and GM) would still offer four-wheel passenger vehicles without A/C, air bags, adjustable seats, and various other safety and driver assistance features, such a vanilla offering is, in fact, reality.

Now that about wraps up the “strange” part in the aforementioned “strange yet normal” proclamation. Here’s what’s normal: unlike most tricked-out EVs commonly found in the Chinese market that threaten to fall apart the moment they’re taken for a spin, the Mini EV is completely in compliance with all vehicular laws and regulations. Despite the low price, what sets the Mini EV apart from other cheap offerings is the inclusion of power steering, Brodie knob, custom-specced suspension, comprehensive battery protection mechanism, and multiple anti-roll bars.

The base model, priced at ¥28,000, comes with an 80 km/h top speed, 120 km driving range, and 20kW max power. In other words, with about NT$120,000, one can buy a four-wheeler with about double a Gogoro’s width, horsepower, and driving range, bridging the gap between two vehicles previously incomparable to each other.

The premium model, priced at ¥38,000, comes with a 100 km/h top speed, 170 km driving range, and the same 20kW max power as the base model, but with the addition of air conditioning, full-color dashboard, and front passenger-side sun visor. Curious souls may wonder whether these specs are unavailable on the base model for real. Well the proof is in the pudding. By the way, the sun visor doesn’t come with a mirror.

A more convoluted analogy, if it can be called that, is the fact that one doesn’t know how much a plane ride costs without having ridden on a budget airline flight. Similarly, without having driven a Wuling Hongguang Mini EV, one does not know how many features are optional on a car. Keeping costs low is the key to doing business, and cutting corners as much as possible in order to reach the customers’ sweet spot is an art in and of itself. However, there is one thing that just might keep the Mini EV from remaining a bestseller for long.

The base model and the premium model of the Mini EV each takes about six and nine hours to charge, respectively, but neither of these models offers quick charge. Unless the car owner’s home or workplace is equipped with the appropriate charger, the Mini EV would place severe restrictions in terms of usage. Furthermore, because the battery used is relatively low-end, the official driving range must be taken with a grain of salt and best taken at a 20% discount. These two weaknesses combined means the Mini EV is suitable for urban use only, as venturing outside of a 40-kilometer radius can be potentially dangerous.

Just as the world rejoiced when Tesla released its million-NTD entry-level Model 3, the entire China rejoiced now that Wuling released its hundred thousand-NTD Mini EV. From a global perspective, Model 3 had been impregnable in the EV market until it encountered Renault’s Zoe and Wuling Hongguang’s Mini EV this year. While the former wiped the floor with Tesla in Europe, the latter likewise quickly caught up to Model 3 in China. It’s no coincidence that Musk has mulled releasing an entry-level car with a price tag of US$25,000 to expand Tesla’s market.

Incidentally, it remains to be seen whether such a mini EV will have the same sweeping effect in the Taiwanese market.