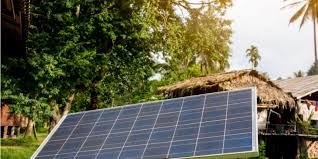 Impact investors such as ResponsAbility, Sima Funds, Symbiotics, Global Partnerships, and Africa Renewable Power Fund (Aref) also participated in the financial mobilization for Greenlight Planet. The funds were made available in the form of debt and equity investment in this company, which distributes its solar home systems in Kenya, Tanzania, Uganda, and Nigeria. The solar kit supplier was advised in this transaction by Akira Partners and Orrick Herrington & Sutcliffe.

The development of its activities in Africa

“During the Covid-19 pandemic, these solar home energy systems were essential to allow families to spend more time at home. Families depend on Sun King appliances for lighting, communication, entertainment and access to information,” said CDC Group.

Like other solar home system suppliers operating in sub-Saharan Africa, Greenlight Planet has adapted to the low purchasing power in rural areas by distributing its equipment through the pay-as-you-go system. This model of financing solar kits is facilitated by mobile money, a cell phone payment service available everywhere in Africa, even in remote areas.

The company, which employs 1,250 people, will use its new financing to expand its activities in Africa. To date, Greenlight Planet has already distributed 1.3 million solar home systems in Kenya, Tanzania, Uganda and Nigeria. According to CDC Group, the company is installing 65,000 new rooftop solar systems per month. “Of the $90 million in committed funding, $69 million has been disbursed to the company, with the balance to be drawn down as the company provides additional solar home systems,” CDC Group said.