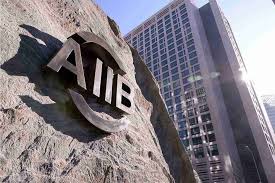 London, UK: The Asian Infrastructure Investment Bank (AIIB) today priced its first GBP-denominated benchmark transaction. The five-year sustainable development bond raised GBP 800 million and will finance AIIB’s mission of financing infrastructure for tomorrow – investing in sustainable infrastructure to unlock new capital, new technologies and new ways in which to address climate change and to connect Asia, and the world. The pricing of this bond is the latest milestone for AIIB.  Despite being AIIB’s first outing in the GBP market, and its fifth-ever syndicated benchmark transaction in the international capital markets, the deal was met with wide ranging demand. The orderbook closed in excess of GBP 2.0 billion from 74 orders with strong support from Bank Treasuries, Official Institutions and wider real money investors.

AIIB Chief Financial Officer Andrew Cross hailed the issuance of this first Sterling denominated sustainable development bond benchmark as another landmark transaction for the Bank. He said: “We are still in the establishment phase of our borrowing program and therefore every new market is approached strategically and involves very significant investor work to ensure a successful transaction.”

AIIB Treasurer Domenico Nardelli said: “This marks another step towards building a diversified funding program. With a borrowing program of USD 9 billion for this year and an increasing borrowing requirement going forward, it is essential to establish ourselves in as many markets as possible such that we have a diversified source of funds for the years to come.”

AIIB Head of Funding Martine Mills Hagen said: “It was gratifying to see all of the investor work really paying off with so many new investors coming into the book. We were 1.5 times oversubscribed but were limited in terms of deal size by the size of the Borrowing Authority for 2020. Hopefully this will be the first of many Sterling transactions and we very much look forward to deepening our relationship with this investor base who clearly share our vision for sustainable development in Asia and beyond.”

As with all of AIIB’s outstanding bonds, this new issue benefits from triple-A ratings from Standard & Poor’s and Moody’s, which reflect the Bank’s commitment to the highest standards of governance, enhanced transparency and accountability. AIIB has a Bank for International Settlements 0% risk weighting and is included in the European Banking Authority’s CRR list of multilateral development banks.

Later in the afternoon at 14:15 LDN, the transaction officially priced with a spread of UKT+33bps, equivalent to a reoffer yield of 0.242%.

The Asian Infrastructure Investment Bank (AIIB) is a multilateral development bank with a mission to improve social and economic outcomes in Asia. Headquartered in Beijing, we began operations in January 2016 and have now grown to 103 approved members worldwide. By investing in sustainable infrastructure and other productive sectors in Asia and beyond, we will better connect people, services and markets that over time will impact the lives of billions and build a better future.

This news release is not for public release, publication or distribution, directly or indirectly, in or into any jurisdiction where to do so would constitute a violation of the relevant laws of such jurisdiction.

This news release is not an offer of the securities for sale in the United States of America. These securities are being offered and sold pursuant to an exemption from the registration requirements of the U.S. Securities Act in reliance on, and in compliance with, Regulation S under the U.S. Securities Act. Distribution of this news release to any person within the United States is unauthorized.

A rating is not a recommendation to buy, sell or hold securities and may be subject to revision, suspension or withdrawal at any time by the assigning rating organization. 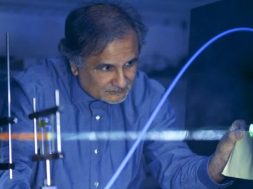