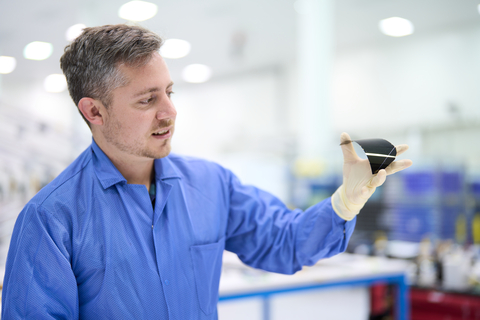 Perovskite cells are able to effectively absorb and convert sunlight to power, and are advantageous in being lightweight, thin, and flexible, with a relatively easy production method. University of Toronto, Northwestern University, and University of Toledo used two perovskite layers from two different perovskites to absorb light of various wavelengths, with the addition of a unique surface processing, and managed to create a pristine all-perovskite tandem solar cell.

Perovskite had surged in conversion efficiency in the span of a decade from less than 4% in 2009 to more than 25% in 2021, and is now on par with the currently thriving silicon solar. Perovskite cells can be cascaded with silicon solar cells, where the academia has also recently broken through the 30% efficiency milestone.

The team allowed absorption of various solar spectrums through adjustments of thickness and chemical composition of the material. First author Chongwen Li commented that the top perovskite layer has a wider energy gap that can absorb UV and some visible light, while the bottom layer that has a narrower energy gap can absorb more infrared. The end result is an absorption of extra insolation compared to silicon solar.

The result is attributable to the team’s alteration of the light absorbing layer and electron transport layer of perovskite. The team discovered that there are inconsistencies in electric field of the perovskite’s surface, where some electrons would wander off to the circuit, which is why the team had added a thin PDA coating to balance the electric charge of the surface.

The new solar cell is also exceptional in stability, and managed to retain 86% of its initial efficiency after 500 hours of continuous operation. As commented by the team, the future targets are to stabilize and increase current, as well as expand cell size, and elevate solar cell efficiency.