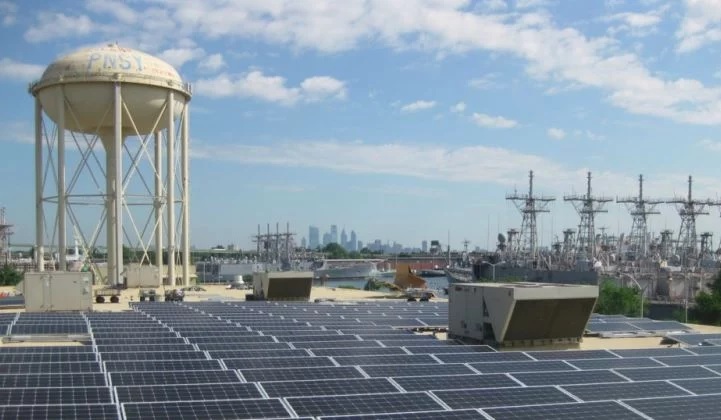 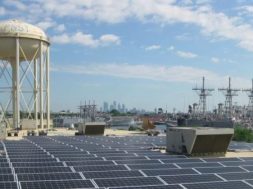 The microgrids and energy-efficiency specialist says the number of viable markets for on-site solar and storage is growing.

Ameresco is best known as a commercial and industrial energy services company, or ESCO, competing against giants like Honeywell, Siemens, Johnson Controls and a host of other national and regional providers on HVAC retrofits, LED lighting upgrades, and other building energy-efficiency services. The Massachusetts-based company also has a significant military microgrid resume for C&I customers looking for always-on power.

But like every other modern ESCO, Ameresco is seeing a growing opportunity for solar PV and energy storage to play a role in its customers’ holistic energy needs — at least in the markets where they make sense. Jacqueline DeRosa, Ameresco’s vice president of energy storage, says that list of markets is quickly expanding.

“Ameresco is everywhere and very well known on the East Coast,” both in the U.S. and Canada, she said in an interview last week. But in the past year, it has also acquired companies that have given it a West Coast renewable energy footprint, including TerraNavigator, a California-based company specializing in brownfield solar and landfill methane capture projects, and Quantum Engineering, an energy service company serving schools, universities and municipalities in Oregon and Washington state.

“We’re not just a behind-the-meter solution. We have quite a bit of renewable generation across the country,” she said. But Ameresco’s focus on on-site power has given it a wealth of expertise in how to integrate intermittent and sometimes unpredictable renewable generation into microgrid environments.

Ameresco is competing with well-funded developers in a challenging and fragmented market. The U.S. market for commercial and industrial solar, storage and solar-storage systems is actually 50 markets, with each state setting the framework for cost-effectiveness via legislative mandate and incentives. The U.S. commercial solar market has contracted in 2018 and 2019, according to Wood Mackenzie Power & Renewables, largely due to increasing market saturation and shifts to less favorable rate structures and incentive programs in key states such as California, Minnesota, Massachusetts, New York and New Jersey.

Yet while the C&I sector might not be growing as fast as the utility-scale solar and storage sectors in the U.S., it’s not suffering from the the record-breaking low prices that have driven the latest round of mega-procurements, DeRosa noted. And the company is “definitely pushing for the solar-battery combination” where it makes sense, she said.

Always-on power versus solar and storage economics
Renewables can be built into large-scale energy services contracts. United States Marine Corps Recruit Depot Parris Island hired Ameresco in 2015 to build a $91 million solar, battery, combined heat and power (CHP) and generator-powered microgrid for its South Carolina facility. The resulting $6 million a year in energy savings is driven largely by CHP economics, but also by the 6.7-megawatt solar system and 4-megawatt/8-megawatt-hour battery system from Tesla.

As with any military microgrid, however, always-on power is the top priority. Ameresco’s $44 million project at the Portsmouth Naval Shipyard in Maine, put in place to prevent a power loss from the local public utility that could interrupt a hugely expensive shipbuilding process, includes no solar and only a 500-kilowatt battery alongside megawatts’ worth of natural gas turbines and emergency diesel generators.

Ameresco built and runs the 6-megawatt natural-gas generator at the heart of the Philadelphia Navy Yard microgrid project, which can sell its capacity to mid-Atlantic grid operator PJM as well as provide backup services.

The microgrid market is still dominated by fossil-fuel-fired technologies, since there’s no other cost-effective way to provide critical facilities like airports, hospitals, fire stations and water treatment plants. But falling solar and battery prices have driven the development of “hybrid generators,” or generator and battery combinations from global generator giants like Caterpillar, Aggreko, Wärtsilä and Cummins that can serve as standalone generators or as the core of a solar-powered microgrid.

Ameresco is also seeing demand for clean energy credits, demand-charge reduction and other capabilities that solar and batteries can provide from would-be C&I microgrid customers, particularly in markets where it makes sense, DeRosa said. “Obviously, we’re focused on the markets where there’s progress on states studying storage potential and passing legislation. The incentives are what makes it work.”

Ameresco has its most active storage efforts underway in California, Massachusetts, Hawaii and New York, and it’s keeping an eye on Arizona, Nevada and New Jersey for their storage potential.

California leads the market for behind-the-meter batteries and solar-plus-storage installations to date. On the storage side, that’s largely been driven by two factors: relatively high demand charges for commercial and industrial customers, which batteries can help reduce, and generous incentives from the state’s Self-Generation Incentive Program.

“We’re starting to see some of the same factors we’ve seen in California starting to happen in other states,” she said, with Massachusetts as a key example. “We’ve already covered how state incentives and federally mandated energy market opportunities are driving novel energy storage business models in Massachusetts.” Beyond those, the state’s Clean Peak Standard will serve as a big boost to Ameresco’s community solar-plus-storage proposition, she added.

The Clean Peak Standard will require a minimum level of clean energy to serve during the hours when the state experiences its most costly price spikes — largely summer afternoons and evenings, but also during increasingly cold “polar vortex” events. “Serving that load with conventional peakers is expensive. If you can serve that peak with clean energy, it’s better to do so — but you have to have the incentives to do so.”

In January, Ameresco acquired Maximum Solar, a Massachusetts solar operations firm, to boost its efforts in a state that’s promoting energy storage at both the utility and community scale. While the Clean Peak standard is still in development, “2020 is when it will really ramp up,” DeRosa said. 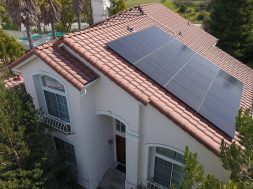 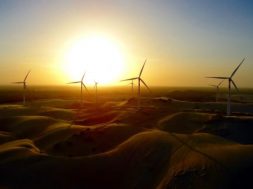 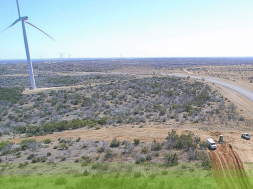