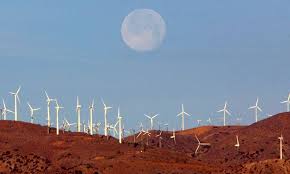 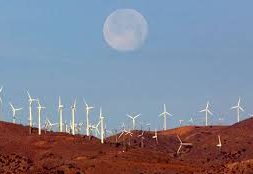 Electricity generated by renewable sources like solar, wind and hydro has exceeded coal-fired power in the United States for a record 40 straight days, according to a report based on U.S. government data released on Monday.

The boost for renewables is due to a seasonal increase in low-cost solar and hydro power generation, alongside an overall slump in electricity demand caused by coronavirus-related stay-at-home orders, according to the Institute for Energy Economics and Financial Analysis. Coal tends to be the first power source to be cut by utilities when demand falls because subsidized renewable sources are cheaper to operate and often backed by state clean-energy mandates.

The IEEFA report, which is based on preliminary data from the U.S. Energy Information Administration going back to late March, reflects how the coronavirus pandemic could accelerate a shift away from coal-fired power, despite Trump administration efforts to prop up the ailing industry.

The Department of Energy has warned that an over-reliance on solar and wind power can reduce the dependability of the grid because its generation is intermittent, and that fossil fuel plants that can store fuel on site are more reliable.

Every day between March 25 and May 3, solar, wind and hydro plants together produced more electricity than the nation’s coal-fired plants – accounting for about a fifth of the grid’s power, IEEFA said. The longest back-to-back stretch previously was nine days in 2019. In total in 2019, renewables beat coal on just 38 days, IEEFA said.

IEEFA added it is possible that renewable energy in the United States could exceed coal on an annual basis for the first time this year, a year earlier than it initially forecast, if the power consumption trends caused by the health crisis continue.

Overall U.S. electricity consumption is projected to fall 3%this year, largely due to reduced demand from the commercial and industrial sectors, according to the EIA. Residential demand is also expected to fall due to milder winter and summer weather.

Coal-fired power demand is forecast to take a disproportionate hit, falling 20% this year, EIA has said. Renewable energy generation, meanwhile, will grow 11% because it is dispatched by grid operators whenever it is available because of its low operating cost, EIA forecasts.