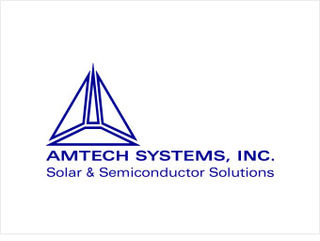 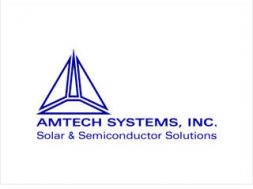 On March 28, 2019, the Company adopted a plan to sell the majority of the Solar segment to include Tempress and SoLayTec.  As a result, the Company is reporting those subsidiaries as discontinued operations beginning with its second quarter results. Including discontinued operations, the Company had $28.8 million of revenue, gross margin of 24%, and operating loss of $5.3 million for the quarter ended March 31, 2019. The remainder of this release, including the Outlook section below, relates only to the results from continuing operations.

Mr. J.S. Whang, Executive Chairman and Chief Executive Officer of Amtech, commented, “With the announced plans to divest our solar businesses, we are increasing our effort and focus on our semiconductor and SiC/LED businesses, and future opportunities, which we believe will best position Amtech Group for profitable growth over the long-term.”

Mr. Whang continued, “Despite a softening semi industry environment, our core semiconductor business continues to see a solid base level of demand.  We are benefiting from the strength in the North American market while also experiencing tough period-to-period comparisons as the industry is impacted by softening demand from Asia, particularly in China.  Our objective is to maintain our market share through the cycle, and we believe we are well positioned to do so. We are meeting with our customers to ensure we fully understand their current needs and longer-term objectives. These planning discussions suggest opportunity for us when the market turns up and further validates our semiconductor and SiC/LED businesses are well positioned to benefit in the near and longer term as demand for increasingly robust power chips continues to expand. In order to manage the current and anticipated future growth we are expanding SiC/LED capacity.”

At March 31, 2019, our total backlog was $22.0 million, compared to total backlog of $23.7 million at December 31, 2018. Backlog includes customer orders that are expected to ship within the next 12 months. The nature and composition of our backlog from continuing operations reflects shorter lead times and lower risk of cancellation when compared to previous quarters that included solar orders.

Selling, general and administrative expense (“SG&A”) in the second quarter of fiscal 2019 was $5.8 million, compared to $6.6 million in the preceding quarter and $6.3 million in the second quarter of fiscal 2018.  Sequentially and compared to prior year, SG&A decreased primarily due to lower headcount, employee-related expenses and professional fees.

The semiconductor equipment industries can be cyclical and inherently impacted by changes in market demand. Additionally, operating results can be significantly impacted, positively or negatively, by the timing of orders, system shipments, and the financial results of semiconductor manufacturers.