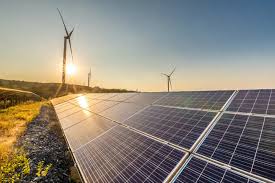 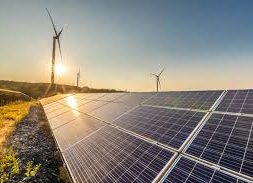 Appellate tribunal for Electricity(ApTEL) in a recent order have directed the Central Agency to revoke the balance disputed RECs issued and unsold for the Financial year 2018-19 to APSPDCL and cancel/revoke the registration according to CERC REC regulations 2010. ApTEL also added that the Certificates which are sold by the APSPDCL need not to disturbed.

The Petitioner(Techno Electric & Engineering Company Limited) had filed Appeal under the Electricity Act, 2003 challenging the Order of Andhra Pradesh Electricity Regulatory Commission(APERC) dated 04.01.2020 (Impugned Order) recommending National Load Dispatch Centre (NLDC) to issue Renewable Energy Certificates (RECs) to Andhra Pradesh Southern Power Corporation Ltd. (APSPDCL) for FY 2018-19  stating that there has been violation of Regulation 5(1A)(a) of CERC (Terms and Conditions for Recognition and Issuance of RECs for Renewable Energy Generation) Regulations, 2010 (“CERC REC Regulations”) and Regulation 3.1 of the CERC Regulation Guidelines, 2018 framed therein which mandate SERCs not to extend REC benefits to Discoms having RPO deficit/default in the previous financial year and Central agency has erroneously incentivised APSPDCL for its RPO Default in FY 2017-18. The Petitioner’s grievance is that as a consequence of issuance of RECs by the Central agency increased supply of RECs and which thereby altered the market dynamics in the free market.

In a strongly worded order, ApTEL has stated that APERC and NLDC has violated the CERC Regulations and also overlooked the deficit in the previous financial year submitted by AP SLDC.

Total Number of RECs Issued to APSPDCL for FY 2018-19 were 59 Lac RECs ( 40 Lakhs Non Solar RECs and 19 Lakhs Solar RECs), out of which  approx 22 lakhs RECs in February and March 2020 , thereby saturating the demand for RECs and inundating the REC market with unsold RECs and directly impacting the rights of petitioner, which had legally procured RECs.

ApTEL by considering the views of both the end stated that APERC and Central agency in fact overlooked the deficit in FY 2017-18  as submitted by AP SLDC. Accordingly ApTEL ordered that

Final order can be accessed here.