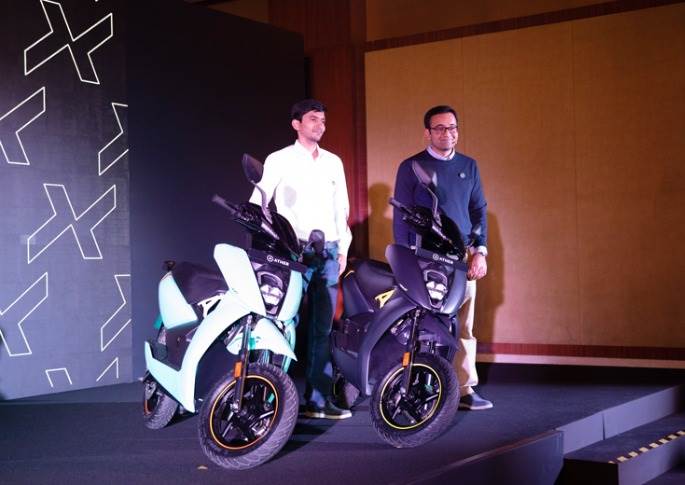 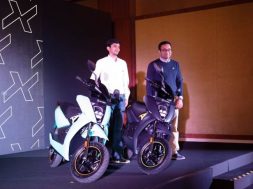 In an attempt to expand its presence in major cities around the country, Bangalore-based e-mobility start-up Ather Energy which started production of its maiden electric scooter models – Ather S340 and Ather S450 – in 2018, is now ready to scale up and is eyeing breakeven by entering more markets.

On January 28, the company unveiled its latest offering – the Ather 450X – which comes with an improved battery as well as performance, and is slated to go on sale from Q2 of FY2021, prompting Ather to introduce the product in eight more cities and move beyond Bangalore and Chennai, where its initial focus had been concentrated over the past two years.

Simultaneous launch in four new cities
Ather Energy aims to enter Delhi, Mumbai, Pune and Hyderabad simultaneously in July. “As of now, four more markets are confirmed outside of Bangalore and Chennai. We are ideally going to start deliveries in all these four markets together. We will have our experience centres along with our partners as well as our charging points set up in these cities,” said Tarun Mehta, co-founder and CEO, Ather Energy.

While work is on to identify the right partners to establish its minimalist-themed experience centres, christened ‘Ather Space’, the company has tied up with EESL (Energy Efficiency Services Ltd) in New Delhi to begin setting up its charging stations called ‘Ather Grid’. One of these fast-charging outlets can be seen in the heart of the capital in Connaught Place, where the Ather Grid has been installed alongside another EESL fast-charger procured from Delta Electronics. Both are situated in the M-Block middle-circle parking of the popular marketplace in New Delhi.

The Ather Grid in Delhi, however, is the company’s first-generation version. At the launch of the 450X, it had also announced a new and improved second-generation model of the fast-charging station that would offer up to 50 percent faster recharging at 1.5km of range per minute. The company might also be looking at targeting subsidies for setting up charging infrastructure, under the recently announced Delhi EV Policy.

Scrutinising new partners
“The work on the design of the centres is already on, but on-boarding the partner and then beginning the work will take about five months. That is why July is about the right time when we will be able to just get our experience centres up and running,” Mehta added. The company had recently thrown open entries, inviting more dealers to associate with it and help its expansion. Ather claims it has so far received over 1,800 applications and says it will now begin scrutiny.

“Our backup option is to get test rides commencing in Delhi. We have brought in a lot of scooters and are tying-up with cafés to offer test-rides to potential customers in Delhi.”

Without disclosing any booking numbers, Mehta remarked, “The number is significant. We have more pre-orders come in for the 450X in the last few weeks, than we have had in the entire year for the 450.”

Ather Energy no longer has a capacity constraint other than material inflow.

Capacity constraint, ramp up and localisation
While it has been struggling to meet delivery timelines with a limited 30,000 units annual capacity at its assembly plant in Whitefield, Bangalore, the company aims to bring an improvement with an incremental ramp up at its new 100,000 unit assembly site in Hosur, Chennai.

“At the current pace we are headed, yes we will have some waiting time challenge, which is why we have pre-emptively signed an MoU for our second line at Hosur with the Tamil Nadu government because the Bangalore capacity will max-out very soon on a monthly basis,” Mehta said.

“Right now, our constraint is no longer capacity, but material inflow. We don’t have a supply-chain setup for the standard 450 model which can deliver materials at that level. However, with the 450X, we have localised the scooter to up to 75 percent with a total of 40 vendors in India. So, there we don’t have a problem and we could utilise the entire 30,000 unit capacity even today. Everything except cells has been localised in India, be it the motor, electronics, frame and plastics. We are not controlling cell production, it will take at least three years for cells to get localised in India.”

“Already, a lot of investment from our end has started going in for the battery assembly at Hosur because that is typically a bottleneck for us as we do entire battery-pack assembly in-house. So, as we can see it, initial production will remain at Bangalore and we will start incremental ramp up at Hosur from the second-half of this year (CY2020),” he added.

Speaking on cost reduction in lithium-ion battery technology, Mehta said, “Cost will fall not just on batteries, but on wiring harnesses, electronics, connectors and switches, where we are burning money right now. We should not be. We need more scale behind it and as more scale starts kicking in, a lot of these costs will come down. I am hopeful that we will be able to reduce the price of these variants (scooters) in the coming years.”

The company gets its electronics manufacturing done in Chennai from US-based Sanmina Corporation.

Looking beyond electric scooters
“Five years is too long, but this year we are only focused on scooters. The EV space is too fast and it’s very difficult to give a projection beyond one year. Yes, we will do motorcycles at some point, but will we do something outside the two-wheeler space? I would say nothing this year,” Mehta concluded.

The company also plans to raise more money in funding in the upcoming financial year once the 450X gets off the ground. It is also targeting breakeven once it reaches at least 50,000 units by end-FY2021 and eventually scale up to a total of 24 cities by FY2022.