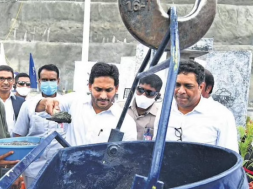 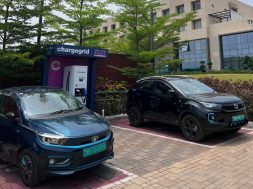 Petition of M/s. Tata Power Renewable Energy Limited for approval of the cost incurred due to change in the rate of Basic Custom Duty from 5% to 20% - EQ Mag Pro

Santa Clarita, CA: BioSolar, Inc. (OTCQB:BSRC) (“BioSolar” or the “Company”), a developer of breakthrough energy storage technology and materials, today announced that the Company successfully concluded the material preparation phase for building prototypes for full cell lithium-ion batteries, and will now transition to the build and test portion of its program in collaboration with its cell manufacturing partner.

BioSolar’s cell manufacturing partner in Korea is now preparing to build the first batch of the commercial grade prototype 21700 lithium-ion cylindrical cells. For the first batch, the focus is on verifying key performance metrics related to cell energy capacity. Following the production and testing of the first batch of the commercial grade 21700 lithium-ion cylindrical cells, additional batches of prototype building and testing will take place to verify other key performance metrics. The Company believes this cell design can demonstrate commercial viability and achieve increased exposure to customers who may test and ultimately incorporate its additive technology.

“Our goal is to demonstrate the technological feasibility and cost benefits of BioSolar’s technology, which we believe will enable higher energy and power capabilities,” said Dr. David Lee, Chief Executive Officer of BioSolar. “Our eventual goal is to demonstrate that our additive technology can improve and exceed performance objectives for customers without disrupting their manufacturing processes and infrastructure, reducing costs, which we anticipate would impact purchasing decisions by end users.”

Companies and end users in high-growth industries from around the world continue to strive for better battery components that enable output and increase density. Earlier this year, Tesla announced its acquisition of battery manufacturer Maxwell Technologies, a decision noted by many for Tesla’s pursuit of improved power density using Maxwell’s proprietary technology. BioSolar believes that its technology can play a key role in reducing costs throughout the supply chain for electric vehicles, personal electronic devices and others, enabling more lithium-ion powered products to go mainstream and ultimately support a more sustainable future.

BioSolar is developing a breakthrough technology to increase the storage capacity, lower the cost and extend the life of lithium-ion batteries. A battery contains two major parts, a cathode and an anode, that function together as the positive and negative sides. BioSolar is currently developing an innovative additive that enables the use of inexpensive silicon as the anode to create next generation high capacity and high power lithium-ion batteries. Founded with the vision of developing breakthrough energy technologies, BioSolar’s previous successes include the world’s first UL approved bio-based backsheet for use in solar panels.

Safe Harbor Stmt: Matters discussed in this press release contain statements that look forward within the meaning of the Private Securities Litigation Reform Act of 1995. When used in this press release, the words “anticipate,” “believe,” “estimate,” “may,” “intend,” “expect” and similar expressions identify such statements that look forward. Actual results, performance or achievements could differ materially from those contemplated, expressed or implied by the statements that look forward contained herein, and while expected, there is no guarantee that we will attain the aforementioned anticipated developmental milestones. These statements that look forward are based largely on the expectations of the Company and are subject to a number of risks and uncertainties. These include, but are not limited to, risks and uncertainties associated with: the impact of economic, competitive and other factors affecting the Company and its operations, markets, product, and distributor performance, the impact on the national and local economies resulting from terrorist actions, and U.S. actions subsequently; and other factors detailed in reports filed by the Company.

0
0   0
previous US Energy Storage Broke Records in 2018, but the Best Is Yet to Come
next Overcoming uncertainty: UK energy storage market trends