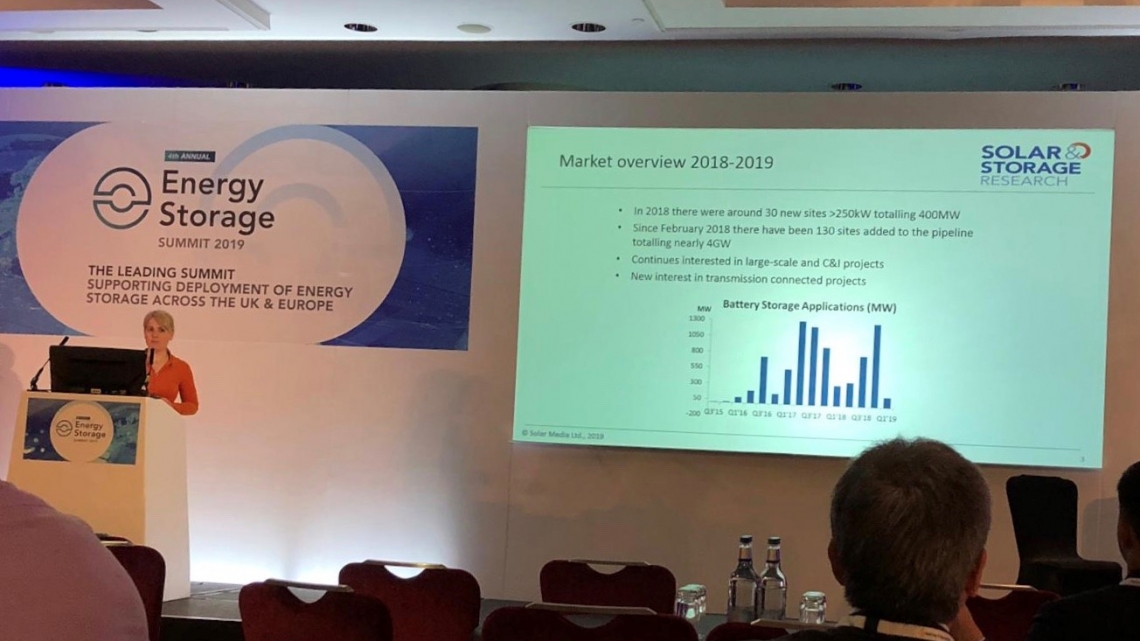 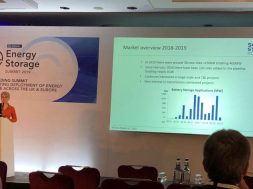 The fourth annual UK Energy Storage Summit gathered industry professionals in the heart of London last week. The two-day event saw a wide range of topics discussed, debated, and disagreed upon, from regulatory issues to the Capacity Market to the rising demand for flexibility. In a Q&A with Energy-Storage.news, Solar Media Market Research analyst Lauren Cook discusses recent trends in the UK market.

Can you explain the scope of your research into the energy market?

We’ve been tracking the UK battery storage market for around two years now and we’re tracking projects anywhere upwards of 250kw. We do find there’s a natural cut-off at around 50MW, due to the cut off for Nationally Significant Infrastructure Projects (NSIPs; major infrastructure projects in England and Wales ruled large enough to bypass certain normal planning requirements) – but we’ve [also] seen projects of up to 100MW and larger proposed by the likes of Drax.

What changes have you seen in the battery storage market recently?

Over the last year we’ve had a lot of uncertainty around the Capacity Market. We’ve also seen lots of changes to the pricing available through the frequency response services, for example in firm frequency response (FFR). Because of this, we’ve seen business models evolving to take these changes into account.

Projects that would have previously focussed on fast response frequency services are now having to look at a wider variety of revenue streams, including the Balancing Mechanism (BM – one of transmission system operator National Grid’s available tools to match supply and demand on the network), as well as others that are now becoming available.

From front-of-meter, grid services, the pattern appears to filter down to customer sites such as industrial facilities. Image: Ofgem.

We’ve seen other markets begin with grid services in front-of-the-meter, followed by an increase in behind-the-meter projects, often at commercial and industrial customer premises. Is this pattern also playing out in the UK market?

It’s definitely something we’re seeing. All of the services that are available to front-of-the-meter (FTM) projects are available to behind-the meter-projects (BTM) and it comes down to the technology that allows these projects to access those services, either from aggregators or in-house platforms. We’re seeing developers of front-of-the-meter projects developing their own platforms in order to trade electricity and that will filter down to the smaller commercial and industrial (C&I) batteries as they begin to deploy more.

What we’ve seen is that generally with a commercial and industrial battery, the grid services make up one part of the business case and the model will also include arbitrage, triad avoidance (reducing peak demand for industrial users of electricity), and sometimes even back-up power. With a FTM project, the revenue streams are more fixed, especially if they’re not associated with a generating asset and they’ll need to have revenue streams coming from those external sources.

Is it fair to say that market redesign efforts by National Grid, as well as regulatory issues still being sorted out by Ofgem, are creating a degree of uncertainty in the market?

There’s always been uncertainty in the market for battery storage. It’s become easier as battery prices have fallen, but the uncertainty has meant that it’s been hard for investors to get into the market. Although there was nearly 400MW of battery storage deployed in the UK in 2018 so there are investors who are becoming comfortable with the market.

In your presentation, you mentioned that 100 new solar projects have been added into planning/scoping in the last 12 months, with the majority of these having the option to include storage. Why are developers keeping this option open?

It’s not a quick process to build a new solar farm, and projects being proposed over the past year are likely to take a couple of years to move through planning to completion. This means that the majority of these new projects going into planning are keeping the option for battery storage open assuming that developments over the coming years will determine whether they decide to include storage or not.

Battery storage isn’t going to be possible for every new solar farm that’s built, especially this year where we’re starting to see post-subsidy solar farms being built. Battery storage isn’t likely to be included in all of these projects as the business case for subsidy-free solar is still developing and battery storage can add additional complications, but in the coming years, as we see some of these newer projects coming through, it’s good to see that they do see energy storage being part of that potential business model.

We’ve heard that storage could be a boost to subsidy-free solar business models in the UK. Does that correspond to what you’ve found?

It’s not necessarily a boost but they’re definitely complementary technologies. At the moment it’s simple to build a subsidy-free solar farm on its own so adding the storage does add an element of complexity.

It really does depend on what comes out of National Grid in terms of future planning and if there’s a benefit to solar developers to add battery and if the battery can be used to improve the business case. It comes down to the business model and circumstances of an individual project; there’s not one general rule that can be used.