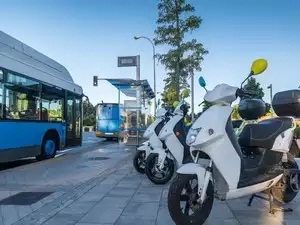 Bounce is looking to raise $30 million for electric vehicle arm 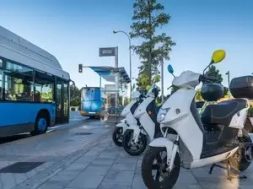 Bounce is looking to raise $30 million for electric vehicle arm

Existing investors like Accel, Sequoia, Chiratae and others may lead first round.

Bengaluru: Scooter sharing app Bounce plans to raise $30 million exclusively for its electric vehicles subsidiary Zuink Smart Mobility Solutions, and has received in-principle board approval for the same, two people aware of the developments told ET. Existing investors including Accel Partners, Sequoia Capital, Chiratae Ventures and others are likely to lead the first funding round, one of the people said.

This is in line with its plan to build a distributed infrastructure for EVs using kirana stores and to deploy battery swapping stations across cities. Bounce’s move also mirrors ride hailing app Ola’s approach to set up a separate entity to fuel growth of its EV business.

The startup claims it does more than 50,000 rides a day in Bengaluru. Bounce, which is running a pilot with nearly 30 kirana owners in the city, plans to connect them with banks and other lenders to finance charging units and EV batteries. The cost per station works out to ₹1,00,000, said Hallekere.

Rival Vogo, too, is looking to expand its electric fleet. The firm is evaluating several models, including setting up charging stations at its hubs. “We’re working on battery swapping and talking to a bunch of people on building this infrastructure jointly once we find the right partners,” said Anand Ayyadurai, CEO, Vogo.

0
0   0
previous Tesla electric vehicles might run on Indian roads in 2020
next China's electric cars: Can they drive Chilean copper?